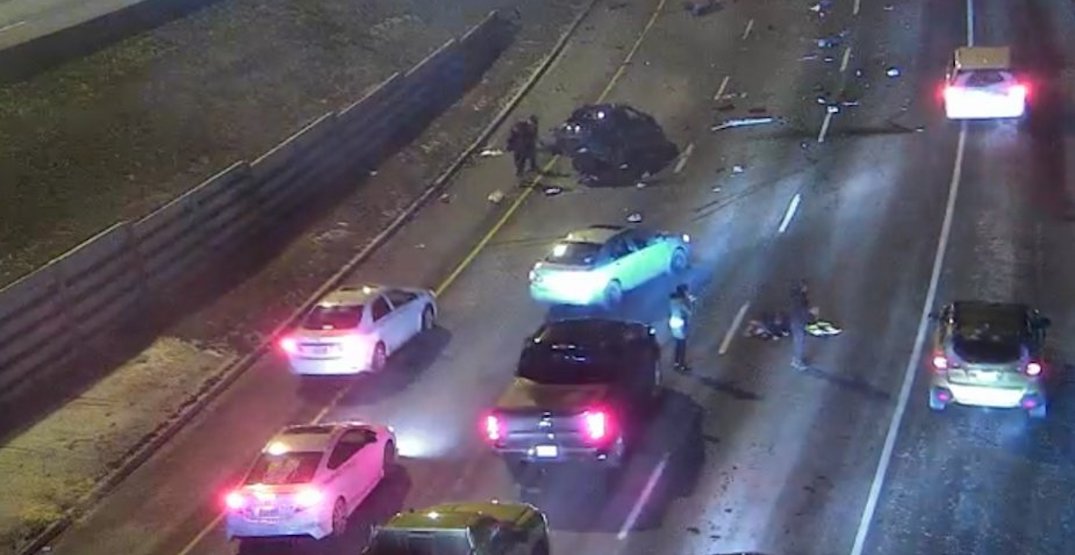 Drivers trying to head southbound on the Don Valley Parkway Friday morning will encounter a bit of a roadblock as all lanes have closed.

Police, paramedics, and the fire department responded to the scene. Three individuals were injured as a result of the collision, with two thought to have been ejected from a vehicle.

COLLISION: UPDATE
Don Valley Pkwy S/Don Mills Rd
– Police are on scene with @TorontoMedics @Toronto_Fire
– 3 people with injuries
– 2 may have been ejected from the vehicle
– Consider alternate routes of travel at this time, the DVP is closed in both directions#GO39063
^lb

The northbound lanes on the Don Valley Parkway were also all closed initially but have since reopened fully.