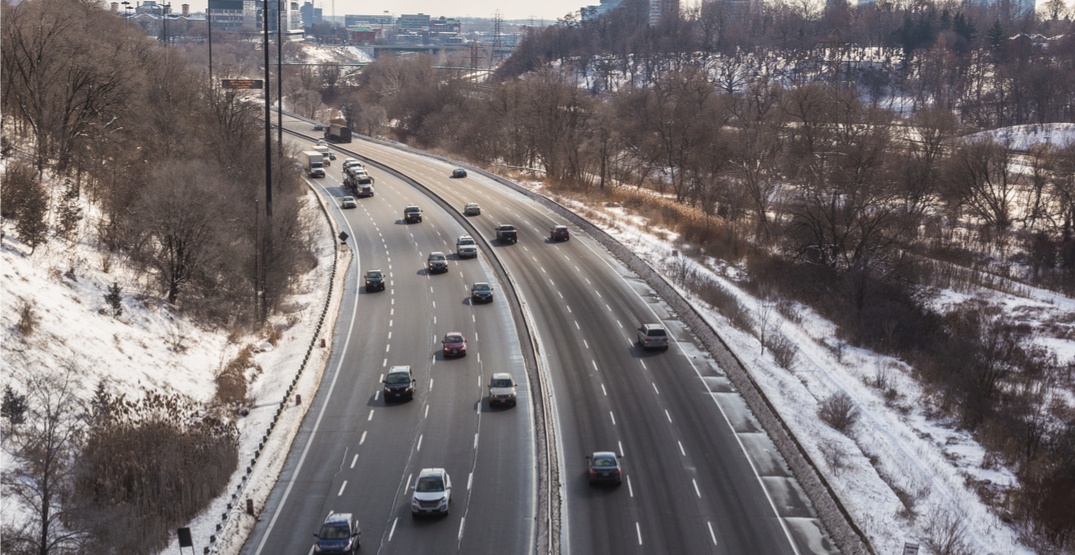 The Don Valley Parkway was supposed to be closed all weekend.

Yes. The entire Don Valley Parkway was going to be closed in both directions from April 13 to 16 for annual spring maintenance.

But, because of inclement weather, the work is now being postponed by the city.

“Significant rain in the forecast is a key factor in this late decision,” states the city. “In addition, Transportation Services was planning to pave as part of its work this weekend and the forecast chilly temperatures are not conducive to good paving.”

According to the City, details about a future closure of the parkway for this work will be communicated next week.

When the closure does happen, expect Don Mills Road, Bayview Avenue, Victoria Park Avenue and Kingston Road to be four alternative routes for motorists to use during the closure.

The city will also be implementing timing changes to traffic signals to enhance traffic flow on nearby routes, coordinate other construction to prevent major work taking place along parallel routes, and provide real-time traffic information on the city’s overhead signs to mitigate traffic congestion resulting from the closure.

Drivers who would normally use the Don Valley Parkway should, however, allow extra time to get to and from their destinations during the closure.