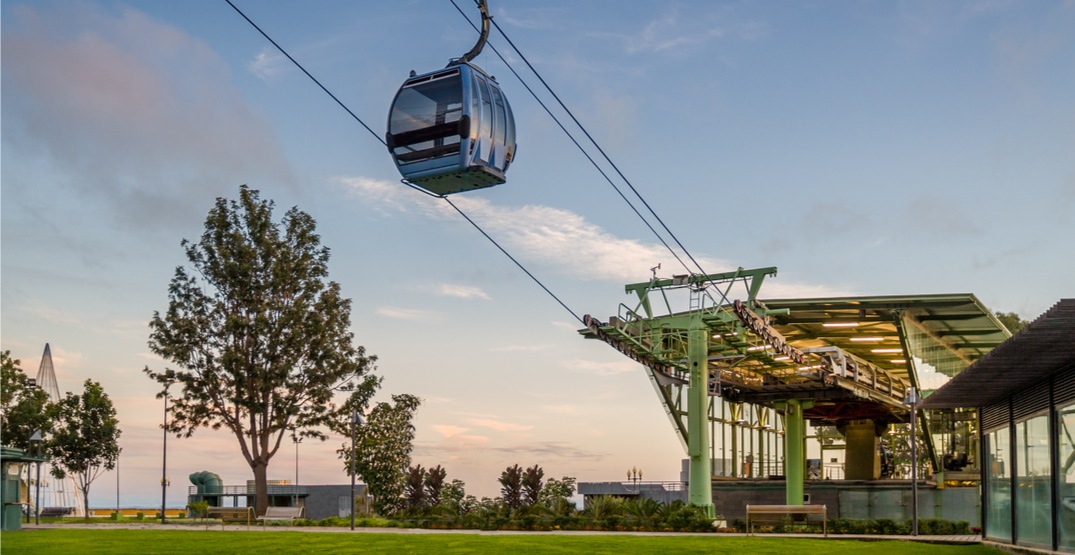 Could Toronto be home to a cable car like this one in Madeira island, Portugal? (Shutterstock)

It’s a tourism attraction that would put Toronto on the world map alongside Rio de Janeiro, San Fransisco, and Canada’s very own Whistler, BC.

A cable car, linking Evergreen Brick Works from Broadview and Danforth that travels over Toronto’s Don Valley, was a project that first grabbed the city’s attention in 2015.

At the time, it was announced that the Don Valley Cable Car route would run about 1 km while travelling at a rate of 2.5 metres/second to 5 metres/second.

“It will take four to eight minutes to travel between the two stops. While this new gondola system could bring 500-1,500 riders back and forth each day, it is not intended to be a public transit project but rather a piece of recreational infrastructure like Toronto’s ferries,” said Manissa Patel, Director, Evergreen Brick Works, in 2016. 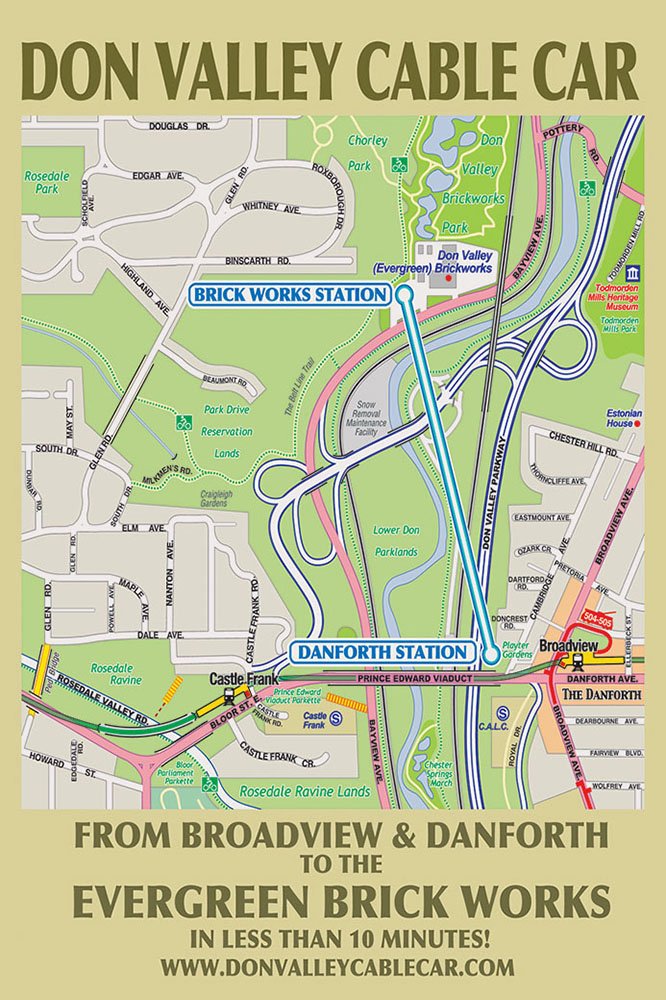 And while the project may have quieted down publicly, privately, all involved stakeholders continue to build on this proposal.

After several public consultations two years ago, Dale said they have been making changes and looking at the project differently.

“In March 2016, we had a community engagement session which was very useful and caused us to look at the project in slightly different ways and make some changes,” Dale told Daily Hive. “So we’ve been working through those changes over the last couple of years, and working with Evergreen to figure out what the impacts on the site are, and just keep trucking along.” 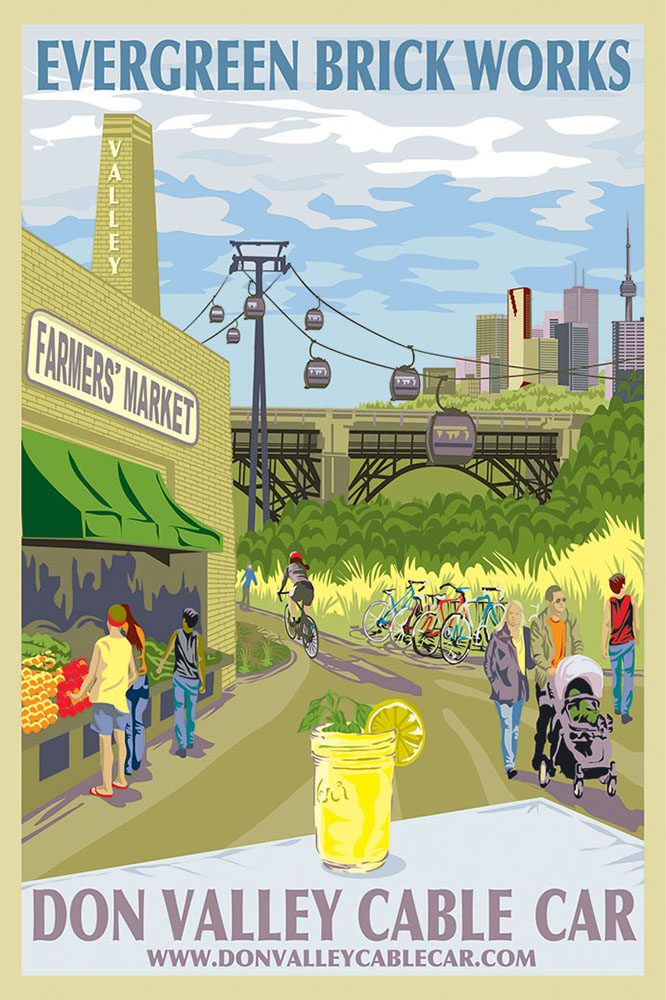 Dale said that the community wanted the developers to look at a couple of different station locations, and so they have been gathering data and doing the research for that. He also added that they are looking at the cable car’s overall impact on the Don Valley corridor.

The project, which was initially estimated to cost approximately $20,000,000, would be privately funded, so Evergreen isn’t raising funds for it, and the City isn’t footing the bill either.

An early estimate cost for a round-trip fare is approximately $10, although an estimate for when it will be built is still up in the air.

But the City of Toronto is continuously consulted on updates in terms of the cable car, according to Dale.

He said that the project will take a lot of time, especially in a “very collaborative bureaucracy like Toronto.” 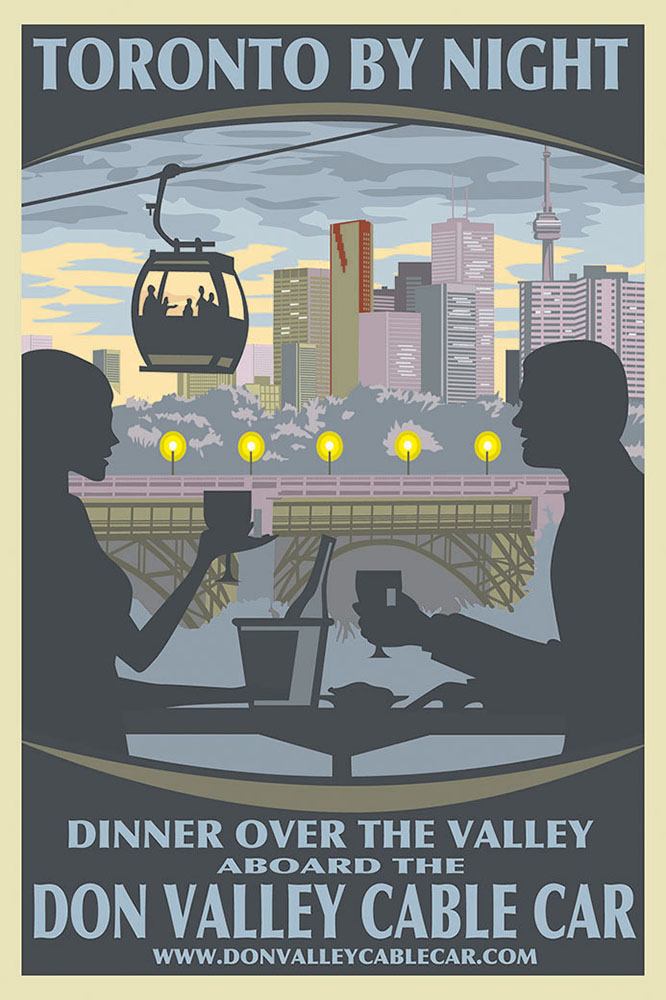 “We know that this is not going to be completed by tomorrow,” he said. “This is a long term process and it takes a lot of time and resources to get across the goal line.”

But he’s hopeful that there will be new updates soon.

“We’re hopeful that within the next one or two quarters we’ll be able to share some updates to the public,” he said, which is good news, especially since most have been pretty happy with the idea of a cable car in Toronto.

“We’ve been very pleasantly surprised at how positive the public’s reaction to the project has been,” Dale said.

Between the potential Hyperloop in Toronto, and this cable car, the city is looking at some pretty interesting transportation developments soon.