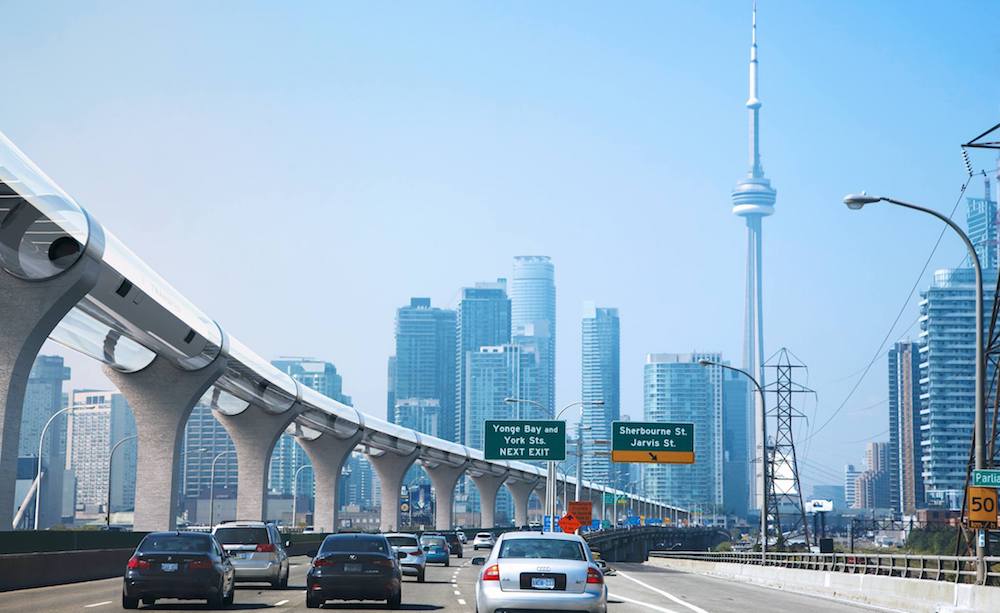 In May, the Province of Ontario announced plans for a high speed rail connecting Toronto to Windsor, and said it would be investing $15 million in a comprehensive environmental assessment.

And now, a Toronto tech startup says it studied the proposed rail line in Southwestern Ontario, and can build a hyperloop system at half the estimated cost announced by the province.

TransPod, the startup that is building the world’s leading hyperloop system to disrupt and redefine commercial transportation, released the results of its Initial Order of Magnitude Analysis to build a TransPod ultra-high-speed line in Southwestern Ontario between the cities of Toronto and Windsor earlier this month.

The study indicates that building a TransPod hyperloop system will be cheaper than the projected cost of a high-speed rail (HSR) line along the same route, and will be faster and a more efficient transportation for passengers and cargo, at more than four times the top speed of HSR.

“Southwestern Ontario accounts for 50 per cent of the province’s GDP, and developing high-speed transportation for the region will absolutely benefit and strengthen its economic growth and global competitiveness,” said Sebastien Gendron, co-founder and CEO, TransPod in a release. “But we need to future-proof ourselves, and we can’t continue with outdated technology.”

TransPod’s hyperloop holds more benefits than its more reasonable costs, according to the startup. It will be much faster, since the average speed of the TransPod vehicles will be 700 km/h, and its top speed is beyond 1,000 km/h, which is more than four times faster than HSR, which is projected to travel at an average speed of 150 km/h and a maximum speed of 250 km/h.

The vehicles will also be environmentally friendly, and will relieve traffic congestion along the major highways in the region, therefore attracting and retaining talent who are not held back by commute times, and supporting economic growth in the area.

“Smart infrastructure can help to alleviate environmental, economic, and even housing concerns, in order to sustain future growth,” said Gendron. “We cannot continue to be laggards, especially in a province whose economic growth and quality of life may potentially have rippling effects across the country. TransPod, would appreciate and welcome the opportunity to work with the Ontario government to assess hyperloop feasibility.”

The province has yet to respond to TransPod’s proposal.

Last year, TransPod announced the closing of a seed round for $15 million USD, and in March, the company announced the opening of three offices in North America and Europe to accelerate the development of a commercially viable hyperloop system by 2020.