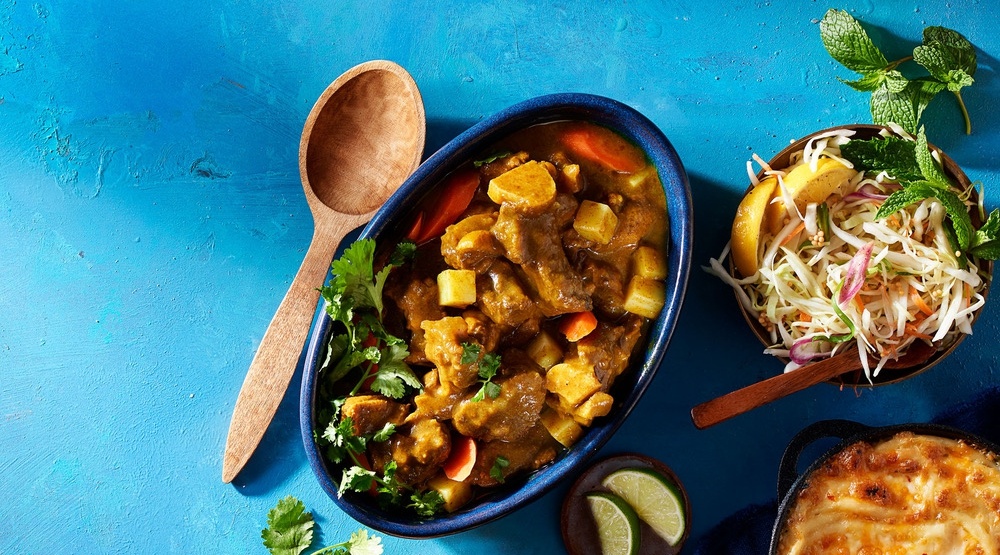 The restaurant takes over the high-turnover address at Clinton Street formerly home to short-lived operations such as Spiceman Mexicana, Bang Bang Bar, Lucky Bastard, and Public… the list goes on.

The newly opened canteen looks poised to break the unlucky streak. It’s the latest offering from Adrian Forte of The Dirty Bird who has given the space a very cool makeover complete with a wall of speakers and distressed finishes.

At his new spot, Forte turns his attention from fried chicken and waffles to Caribbean staples including snackfoods like plantain, fish fritters, and Jamaican patties. There’s also hearty orders of meat sold by weight, a la carte seafood selections, and a variety of side dishes.

Available for dine-in or take-out, options on the opening menu include braised oxtail, curry duck, and jerk chicken, peppered shrimp, garlic lobster and sides of mac pie and brown rice with peas to round out the entrees.

The restaurant is in “soft opening mode” already in advance of its April 22 grand opening.