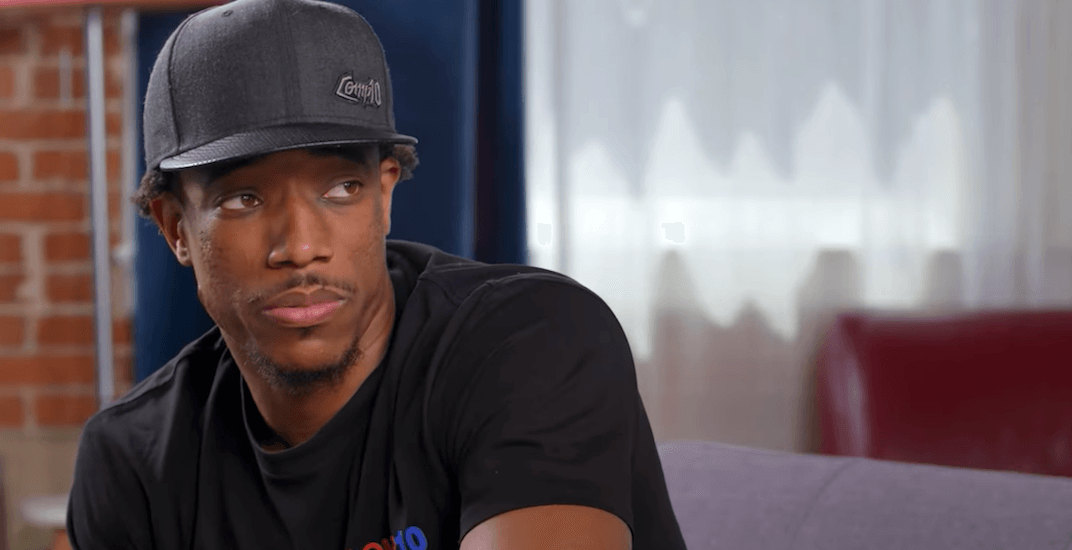 While the Toronto Raptors compete in their first-ever NBA Finals, DeMar DeRozan can do nothing but sit and watch, like the rest of us.

DeRozan was very candid in an interview with Taylor Rooks for Take It There, speaking openly about what it feels like to watch his former team reach new heights in their first season without him.

But despite the fact that he was blindsided and hurt by the offseason trade that saw him end up in San Antonio, the former Raptors star says he’s pulling for his old team.

Since the trade that saw Kawhi Leonard go to Toronto, Raptors president Masai Ujiri has apologized publicly to DeRozan for how it went down. DeRozan, for his part, told Rooks that he has forgiven Ujiri.

Prior to the start of the Finals, Ujiri credited DeRozan, as well as former head coach Dwane Casey, for helping to get the franchise to this level.

“Dwane Casey and DeMar DeRozan are part of this,” Ujiri told reporters. “They are part of our journey and how far this has come.”

There’s a lot of truth to that statement. Championship-calibre teams aren’t built in a day. It took years of hard work and heartache before this season.

The Raptors were not a good team when they drafted DeRozan ninth overall in 2009. DeRozan was the lone bright light on many nights for a Raps team that missed the playoffs for the first four years of his career. It’s no coincidence that the Raptors became a perennial division-winner as DeRozan blossomed into an All-Star.

“If it wasn’t for all the years, and groundwork that I did before then, none of them things would have been possible. Yes, I fought, I sacrificed, I pushed the limits to where I had to be the sacrificial lamb. You just have to sit back and understand, you are the reason so many things was even possible.”

I wouldn’t normally do this, but I want you to be able to see the raw unedited conversation Demar Derozan & I had about the Raptors. He was so open..his full thoughts deserve to be out there in their full context. Demar shined in this. A truly good humanpic.twitter.com/HCXdqMOfiT