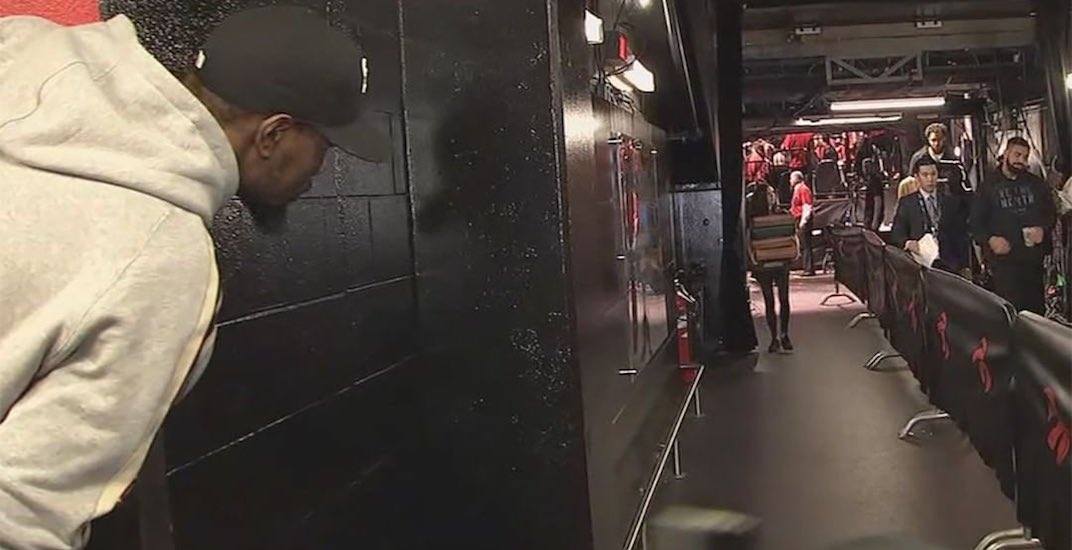 There was plenty of action going on in the bowels of Scotiabank Arena following the Golden State Warriors’ 109-104 win in Game 2 of the NBA Finals, with most of it surrounding Drake.

Before getting chirped by Warriors players, the Toronto Raptors’ most famous fan had a meeting with former President of the United States, Barack Obama, who also attended the game.

“Did you behave yourself?” Obama asked, clearly referring to his Game 1 antics.

After wearing a Dell Curry retro Raptors jersey to troll Steph on Thursday, Drake rocked a Home Alone themed hoodie on Sunday. The hoodie was a dig at Kevin Durant, who is rumoured to be nearing a return to the lineup.

Drake got the last laugh in Game 1, so Golden State Warriors players were feeling pretty sassy after evening up the series on Sunday.

Searching out Drake in the hallway, Warriors stars Durant and Klay Thompson were caught on camera talking trash with the Canadian hip hop artist.

“See you in the Bay, Aubrey,” said Thompson. “You weren’t talkin’ tonight, were ya?”

It’s difficult to tell just how friendly these feuds are, as Drake reportedly went to Cactus Club in Toronto with Draymond Green a day after calling him “trash.”

No word yet on any dinner plans in the Bay Area before Game 3 on Wednesday.