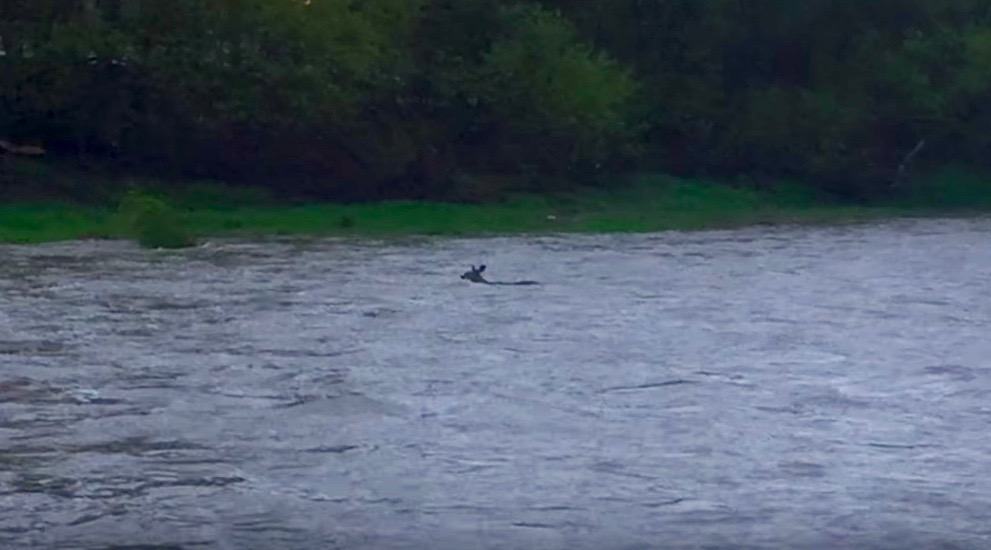 A Toronto Reddit user has uploaded a video of a deer being swept down the Humber River yesterday during the heavy rainfall.

According to the post, laserist had headed down to Étienne Brûlé Park to see if any flooding was taking place when suddenly the animal began to race by in the flowing river.

The park is located in the Humber River Valley, just northwest of Bloor and Jane.

Deer are known to be powerful swimmers, and while this one never appears to be in too much danger, it’s still quite a sight to see!

In fact, it seems almost as if the deer is using the water to get downstream faster. After pulling itself out safely, it lingers knee-deep in the water before the video ends.

Hey, as one Reddit user points out, it’s faster than taking the DVP…