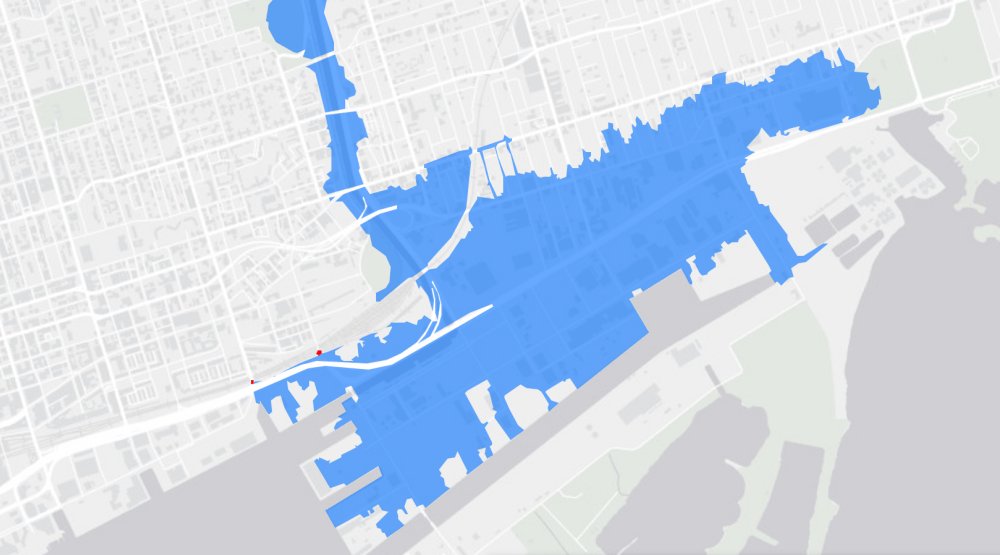 “Up to 20 mm of the forecasted 70 mm of rain has fallen throughout the Greater Toronto Area (GTA) in the past 6 hours,” and water levels are still rising and have yet to peak before the storm tapers off on Saturday according to the Toronto and Region Conservation Authority (TRCA).

A flood watch is already in effect for the area, advising that:

In addition, the higher lake level has reduced the channel capacity that results in a potential for flooding of roads and trails along streams and rivers including the Bayview Avenue extension and the Don Valley Parkway and low-lying areas. We are closely monitoring other transportation routes and sites adjacent to potentially impacted watercourses.

Does this mean you should start sandbagging now as some residents on the Toronto Islands have already done?

That depends if you live in one of the areas at high-risk for flooding identified on the TRCA Flood Plain Map as well as other sensitive lands regulated by the TRCA and searchable on this map. 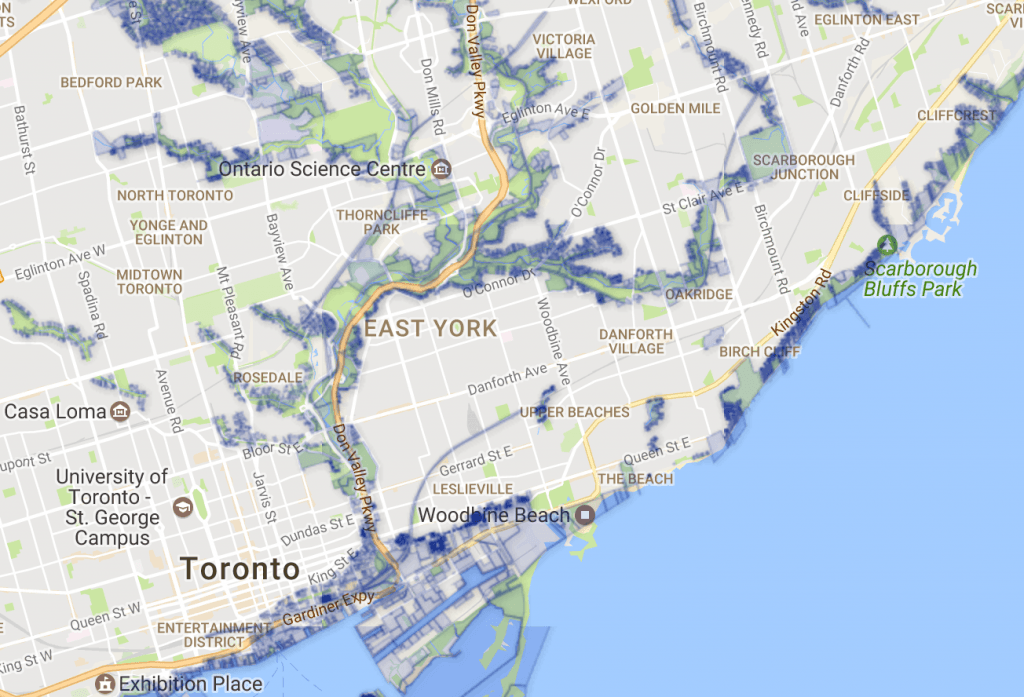 There are thousands of flood-vulnerable structures located in the flood plains within TRCA’s jurisdiction, either because they pre-date flood plain management planning policies and regulations, or because they were permitted under special policy and planning provisions. Watercourses and the associated regulated flood plain are one of the natural features and hazards that are components of TRCA’s regulation limit. You may still be in a regulated area, even if outside the flood plain.

Of course, there are many other factors that could contribute to flooding.

Toronto’s 2014 Emergency Plan notes that “Floods are a common and widespread natural hazard across Canada,” and that, “flooding along rivers is a natural and inevitable part of life,” though urban floods and flash floods can also occur far from the flood plain in certain conditions.

Either was, better to be a boy scout on this one and ‘be prepared’ rather than find yourself a foot deep in damp basement come Saturday morning.