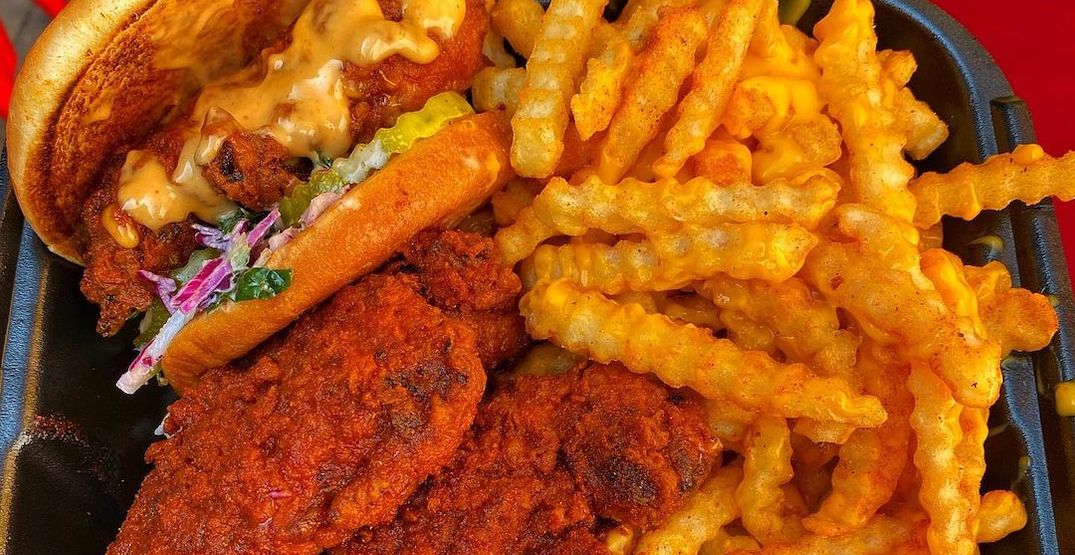 There’s no doubt that Toronto loves its deep-fried chicken, and since it’s so popular, Dave’s Hot Chicken is opening a third location very soon.

Though a date has yet to be settled, the American chain has its eyes set for the city’s Leslieville area. The new restaurant will be located at 1130 Queen Street East.

“Leslieville is a fantastic neighbourhood with many people both working and living in the area,” said a spokesperson to Daily Hive.

The chain is expanding and moving fast. It has only been a week since Dave’s Hot Chicken opened its second Toronto location at 2066 Yonge Street.

Dave’s Hot Chicken originates from Los Angeles, with seven locations across the state, specializing in hot chicken tenders and sliders, with the choice of seven different levels of spice, “No Heat” to “Reaper.”

The two Dave’s Hot Chicken locations in the city are at 2066 Yonge Street and 1582 Queen Street West.