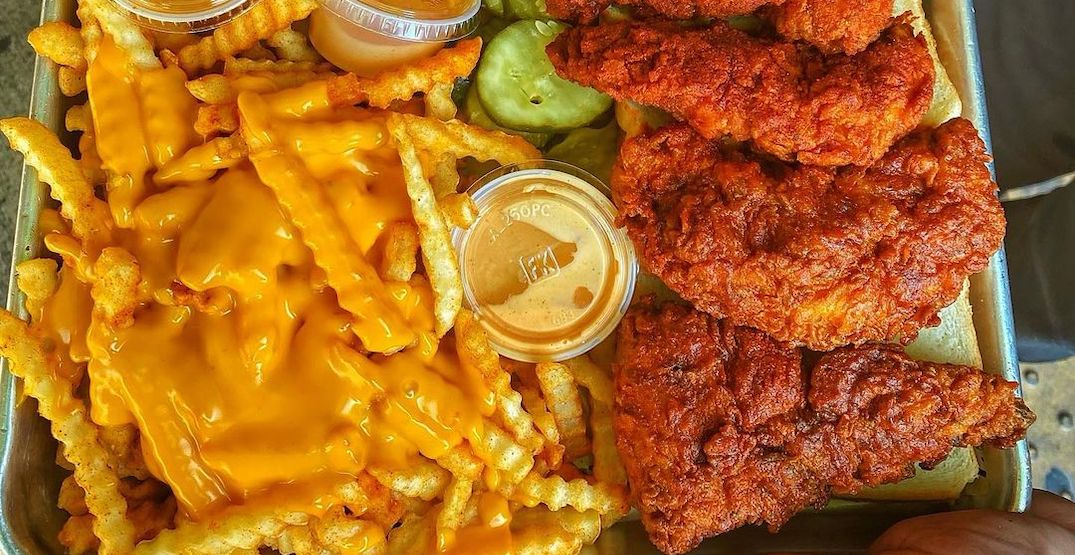 After launching Dave’s Hot Chicken in Toronto, the fast-food joint is set to open a new location in the city’s Davisville area.

Dave’s Hot Chicken will be calling 2066 Yonge Street home as of July 2.

This would be the American chain’s second Canadian location after opening its Parkdale storefront back in January.

“The new restaurant is situated right in the transit hub of the city, providing inspiration for its notable subway theme. The centrality of this new location makes it the ideal hotspot for local residents and the large surrounding working community,” said a spokesperson for the chain to Daily Hive.

“With the location’s large patio space, Dave’s Midtown will be offering outdoor seating throughout the summer months.”

Dave’s Hot Chicken originates from Los Angeles, with seven locations across the state, specializing in hot chicken tenders and sliders, with your choice of seven different levels of spice, No Heat to Reaper.