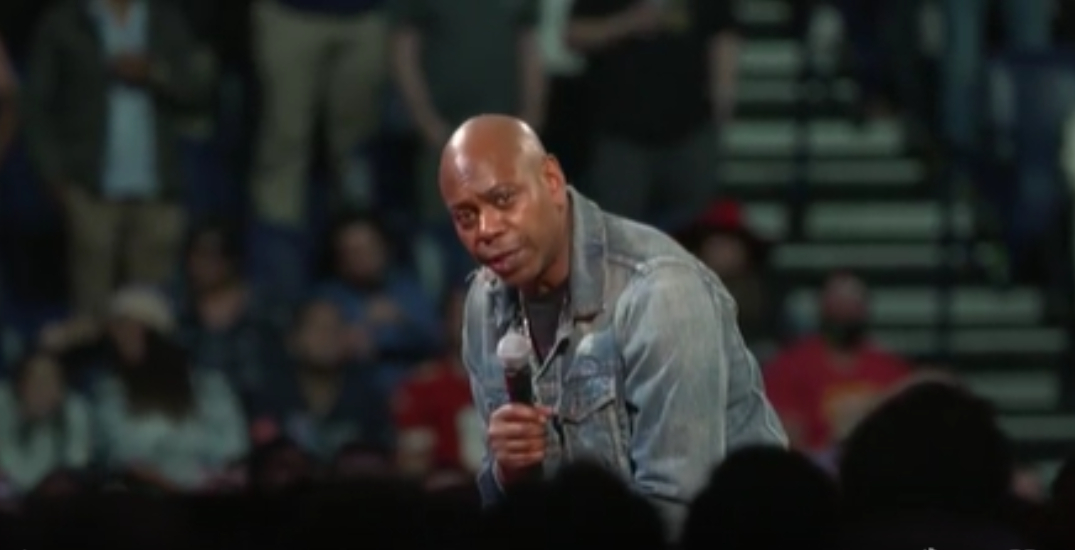 Despite the fallout from his latest Netflix special, tickets to the Toronto screening of Dave Chappelle’s “Untitled” documentary sold out in less than a day.

And now they’re being resold for astronomical prices.

Scalpers are peddling tickets to the November 15 Scotiabank Arena show for $1,420.94 on Ticketmaster.

Similar prices can be found on VIP Tickets Canada, Vivid Seats, and Tickets on Sale.

Directed by Julia Reichert and Steve Bognar, the “Untitled” documentary follows a series of outdoor comedy shows Chappelle performed near his rural Ohio home in 2020.

Chappelle said he had been invited to screen the movie at several film festivals, but, following the backlash from The Closer special, “nobody will touch this film.”

The outcry centred around comments Chappelle made about the transgender community.

As a result, the comedian is screening the film in just 10 cities, including Toronto, over the coming month. Each show will feature appearances by Chappelle “and friends.”

“I desperately want people to see this movie, but I understand why investors would be nervous,” Chappelle said in a video announcing the shows.

“You will be able to see this movie in its entirety, and you can see what they’re trying to obstruct you from seeing. And you can judge for yourself.”

“Do not blame the LGBTQ community for any of this sh*t. This has nothing to do with them. It’s about corporate interest and what I can say and what I cannot say,” he said.

“For the record, and I need you to know this, everyone I know from that community has been nothing but loving and supporting. So I don’t know what all this nonsense is about.”