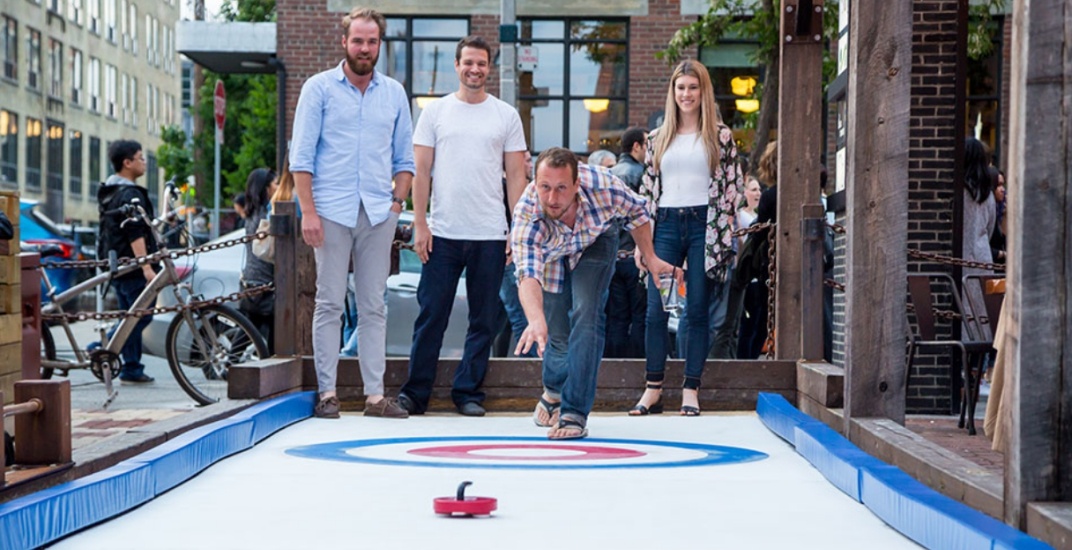 Winter is coming! And, while most of Toronto prepares to hibernate, one cafe in the city’s east end is getting ready to make the most of the cold weather.

Dundas & Carlaw has newly installed a curling sheet on its patio and plans to spend the winter months playing recreational matches and mowing down on chili dogs, hot chocolates, and cold beers.

Owner Ruben Vina shares in a phone call with Daily Hive that he’s long had the idea to put a real curling rink on the patio but described managing the ice as a “fricken headache.” Serendipitously, he reached out to Curling Canada to discover a Toronto-based company called Street Curling that produces synthetic sheets and also shared his vision. 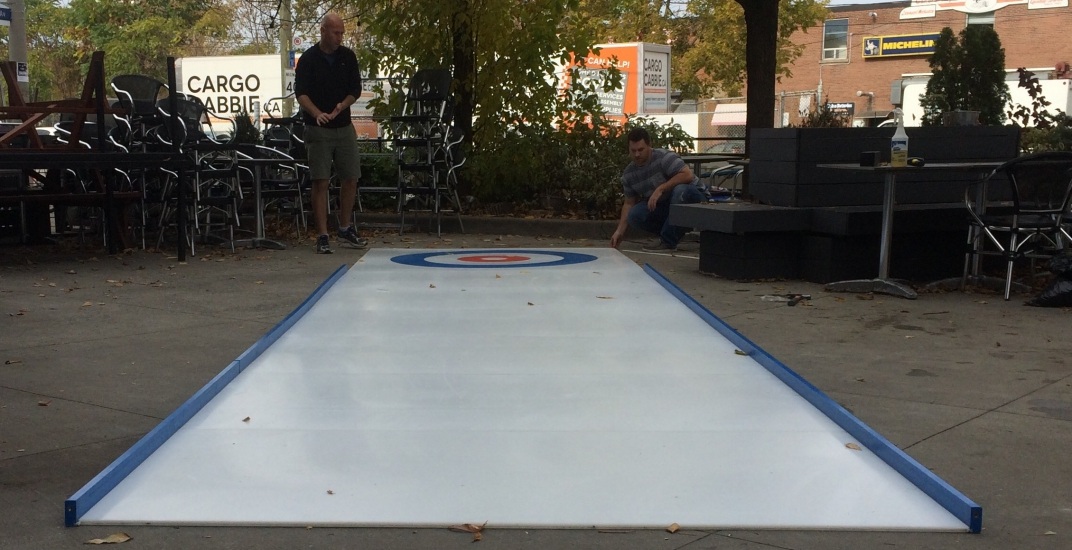 The iceless curling rink is already installed on the patio and available for booking now: $25 buys a half hour of play time, while a full hour can be had for $40.

Players, spectators, and all-weather patio dwellers can keep warm under heaters and while kids under 12 can knock back free hot chocolate (from sponsor property.ca), and adults can enjoy Amsterdam and Lost Craft beers before mulled wine and hot toddys are introduced as Christmas approaches.

Throughout Movember, mustachioed leagues will play weekly games including playoffs and prizes on Tuesday and Thursday league nights. Registration is open now for $100 for the four weeks.