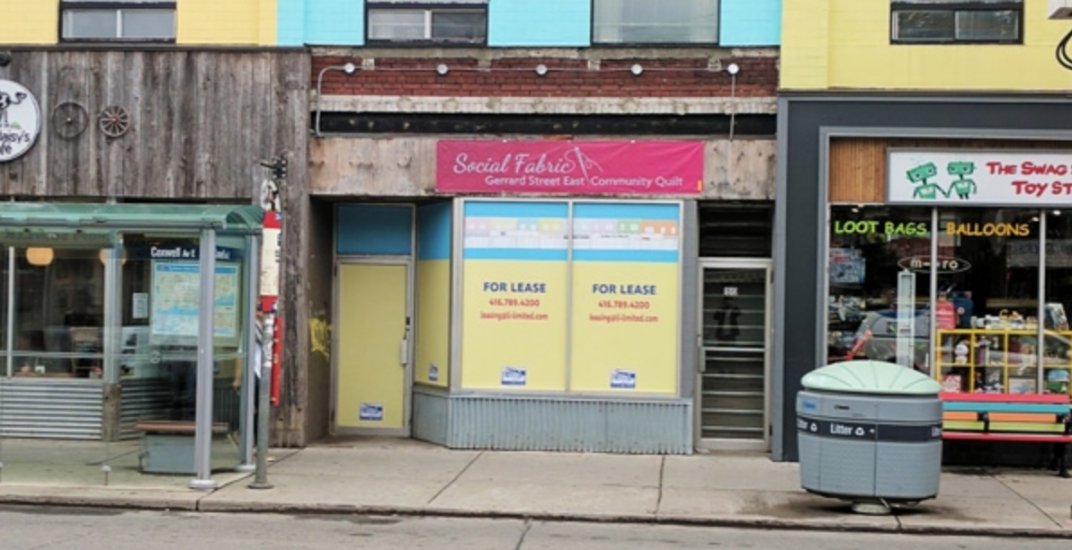 Kensington Market butcher, Sanagan’s Meat Locker is opening a second retail locationon Gerrard at Coxwell. Hopefully, it too will house a stellar lunch counter like at the first location too.

In a love letter to Toronto’s east side, owner Peter Sanagan shares that the new storefront is a homecoming of sorts, calling the Little India neighbourhood a “special place” before describing how a family member tipped him off to the spot for lease between Lasy Daisy Cafe and Swag Sister Toy Shop.

Years ago, before social media was a thing, and before I had any title in the kitchen, I bought my first house. This was back in the glory days when a couple of 24-year-old kids making $13/hour could afford a mortgage in Toronto. This was back in 2001, and the house was in the Greenwood and Queen area of the east end of the city. It was a little too far east to be called Leslieville; if anything, we were closer to the thriving, energetic Gerrard Bazaar, or Little India as I knew it back then. Gerrard Street between Greenwood and Coxwell is a bustling neighbourhood, full of family-run shops and restaurants showcasing treats like dosa, seekh kebabs, and lassi. The clothing shop windows are dressed with beautiful and colourful silk sari, and music wafts out of almost every storefront. It is a special place in Toronto, a city full of special places.

I moved out of that neighbourhood over fourteen years ago, but some of my family have moved in. My older sister Kate has lived on Woodfield with her family since my days there. Her son and daughter have been raised on this strip, eating sweet corn from the BBQ’s in the summertime and being tempted by the smells of Lahore Tikka House wafting through their bedroom windows at night. My younger sister, Mary, moved her family just east of Coxwell, and she’s now on a first name basis with the owners of Lazy Daisy Café and Swag Sisters’ Toy Store, two new and welcomed additions to the strip. My parents, while spending most of their retired life in Southampton, rented an apartment on Coxwell so they could be close to the grandkids. All in all, even though I’ve moved on, I still felt very connected to this east end neighbourhood. Which is why I’ve chosen it to open the second location of Sanagan’s Meat Locker.

Kate sent me a text message a few months ago. She was at a street party and one of the other guests was Dawn, who owns Lazy Daisy. They got to talking and Dawn said that the storefront next to hers is up for lease, and would I be interested. That text set off a chain of actions that ended with me signing a lease on the space about a month ago. We’re going to be fixing it up and hopefully open in the first few months of next year. It’s going to be a smaller version of what we do now, something similar to the old shop. Small, manageable, and super-meaty. I’ll be posting updates as we progress, and I hope to be seeing a lot of new faces in the next year.

Whilean opening date has yet to be announced, the post concludes with a promising farewell.