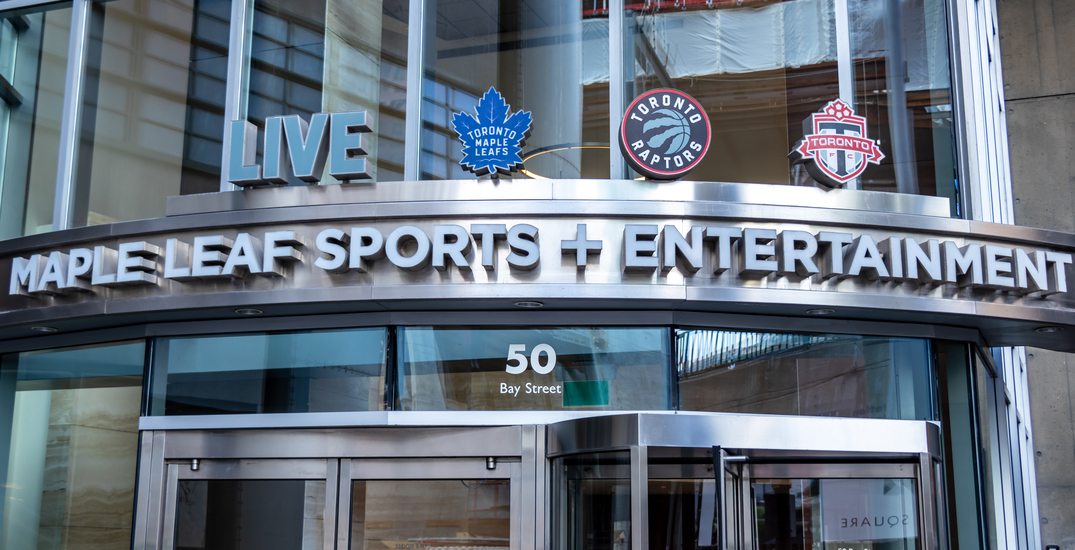 Maple Leaf Sports and Entertainment (MLSE), a Walmart Supercentre, and Rogers are among the 22 workplaces added to the list on April 29.

The workplaces have reported outbreaks of eight, 15, and 13 cases, respectively, according to Toronto’s COVID-19 monitoring dashboard.

Of the new reports, 16 cases have been linked to Canada Goose Inc., six are tied to Canada Post, and three have been reported at the City of Toronto.

An outbreak at McDonald’s has spread to six people, and HSBC Canada has confirmed four cases.

There are currently 45 active outbreaks at workplaces across the city. 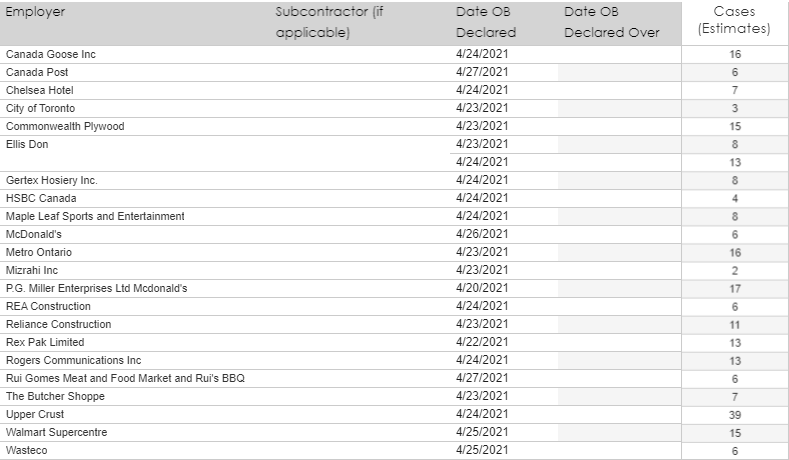 Additionally, two outbreaks at Canada Post have been declared over, although two are still active and account for a combined 21 cases.

An outbreak at an Amazon Fulfillment Centre has spread to 38 people, and 17 cases are now tied to Deciem. Twenty-two cases have been reported at a Public Health Ontario Laboratory.

The largest active outbreak in the city is at Upper Crust. Thirty-nine people have tested positive for the virus at the food production company since April 24.