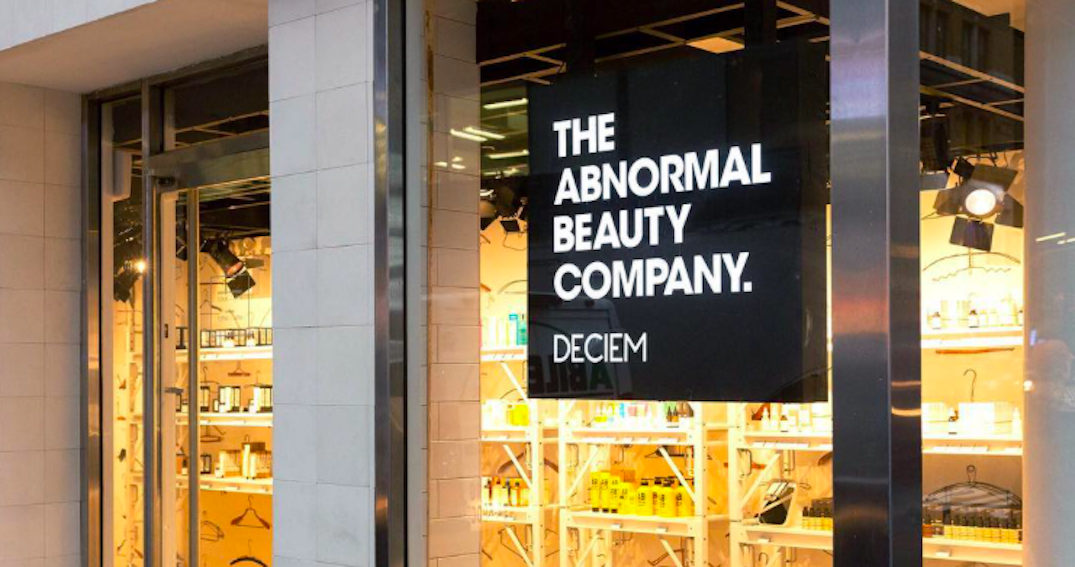 Canada Post, Deciem, and a Public Health Ontario laboratory are among the 28 workplaces that were added to the list on April 22.

The former two workplaces have each reported outbreaks of 16 cases, while the latter has confirmed 17 cases, according to Toronto’s COVID-19 monitoring dashboard.

The cases at Canada Post are part of two separate outbreaks.

Of the new reports, two cases are linked to Purolator, 11 are tied to Ellis Don, and seven were reported at a car dealership. Woodbine Racetrack has confirmed two cases as well.

Five cases were reported at Apple, although the outbreak at the workplace has now been declared over.

On April 20, Toronto public health authorities announced that they would close workplaces where five or more COVID-19 cases have been found over a two-week period.

The workplaces will be required to shut down for 10 days.

Some sectors are exempt from the order, including healthcare facilities, schools, daycares, and first responders.

There are currently 40 active outbreaks at workplaces across the city. 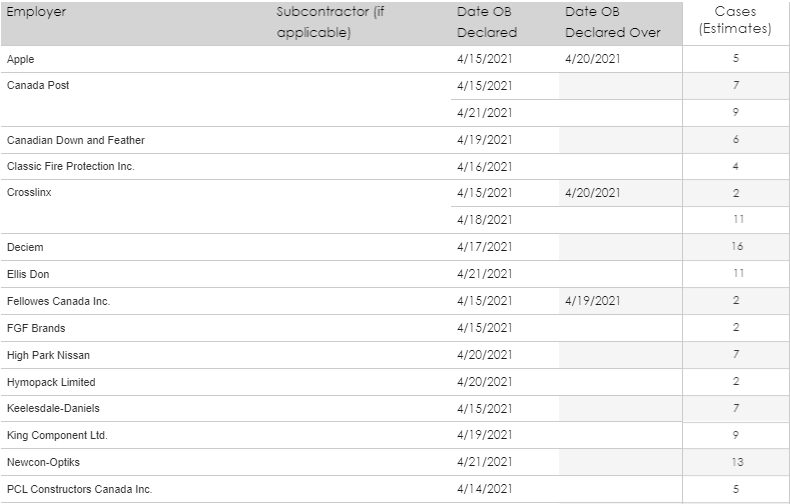 Previously reported outbreaks at Mondelez Canada Inc., No Frill’s, and Toronto Terminal Railways have been declared over.

An outbreak at an Amazon Fulfillment Centre has spread to 31 people, and 24 cases are now tied to the Ontario Food Terminal. A third outbreak at Canada Post has grown to 18 cases.