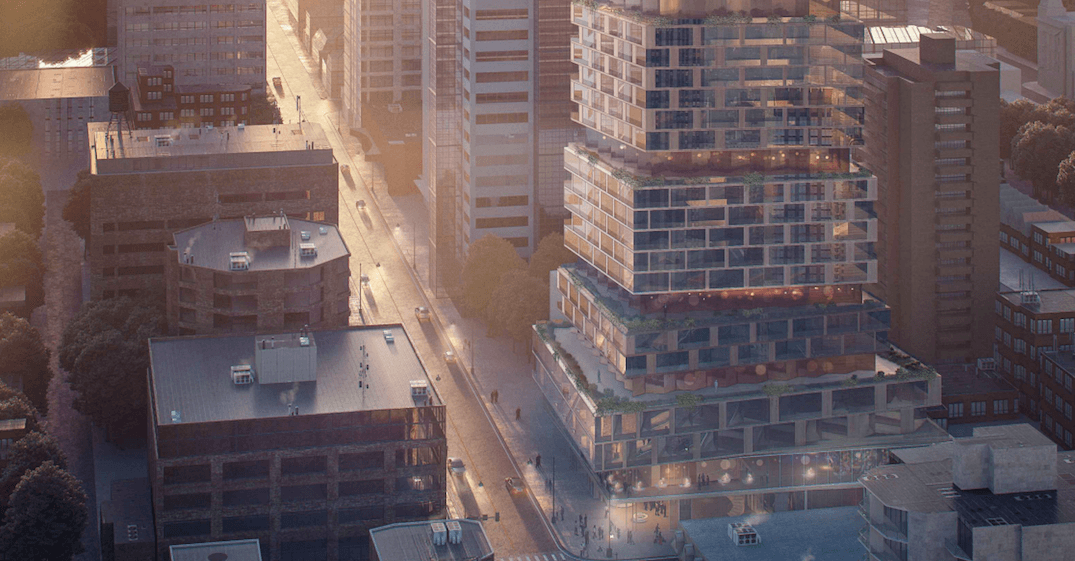 A proposed condo development at Church and Wellesley may be changing the landscape of the popular intersection.

While the initial redevelopment application for the property at 66 Wellesley Street East and 552-570 Church Street was initially refused by the City last year, the developers resubmitted a revised application in February.

The new application is for a 39-storey mixed-use building that contains 442 units, with 4,828 square metres of retail space and a 320 square metre public space at the corner of Church and Wellesley Street.

Initially, the submitted proposal was for a 43-storey mixed-use building, containing 430 residential units as well as 1,400 square metres of street-related retail space and a 260 square metre publicly accessible plaza.

Planning staff recommend that the initial application be refused as the site is located in the Church Street Village Character Area, which defined the special character of the area by “the low-scale and form of existing buildings, including many house-form structures.” 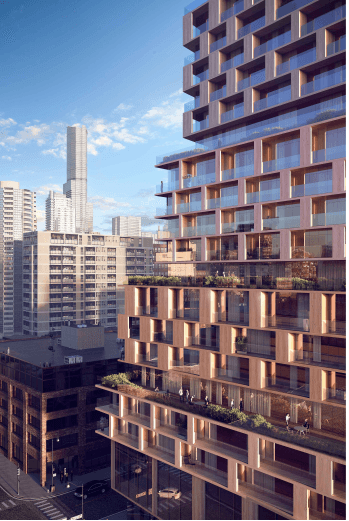 Proposed development at Church and Wellesley/City of Toronto

The latest proposal expands the site to include the property at 64 Wellesley Street East. According to the developers, it is currently occupied by a 5-storey rental apartment building, constructed in 1931. The inclusion of 64 Wellesley Street allows for “substantial modifications to the built form and massing of original proposal that primarily serve to shift the tower element to the west and outside of the Church Street Village Character Area.”

The developers also say that this modification would help create “clearly defined terracing of the middle element and a distinct base building that reinforces the existing low- and mid-rise character of Church Street.” 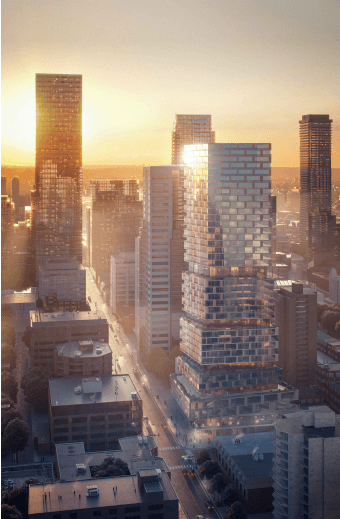 “It is our opinion that the revised proposal is appropriate and desirable from a land use planning and built form perspective,” concludes the developer’s planning rational. “The inclusion of 64 Wellesley Street East as part of the expanded subject site allows for the creation of a modified tower-and-base building that respects and reinforces the existing and planned context for the area.”

The developers have appealed the official plan amendment and rezoning application to the Ontario Municipal Board, and they have a prehearing scheduled in June. 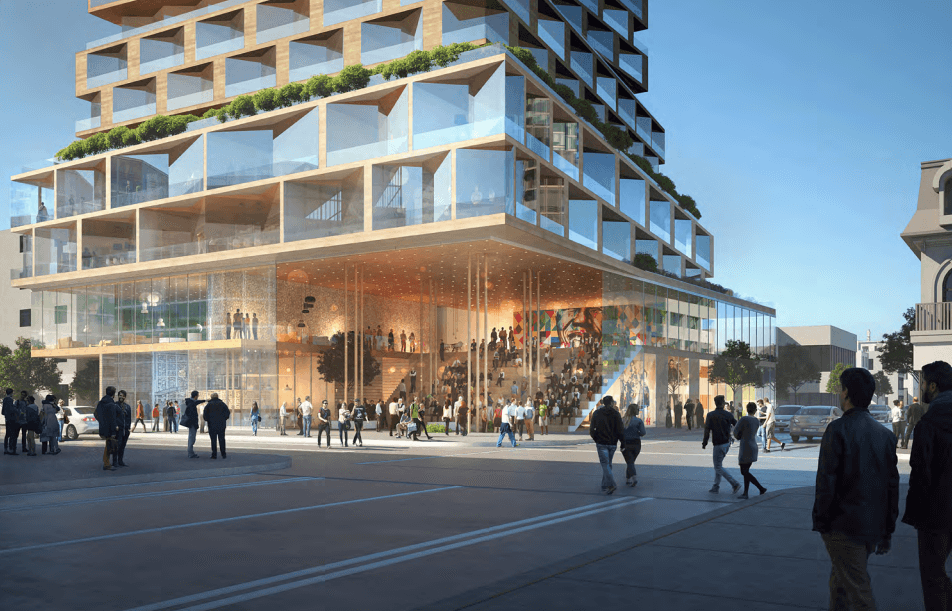