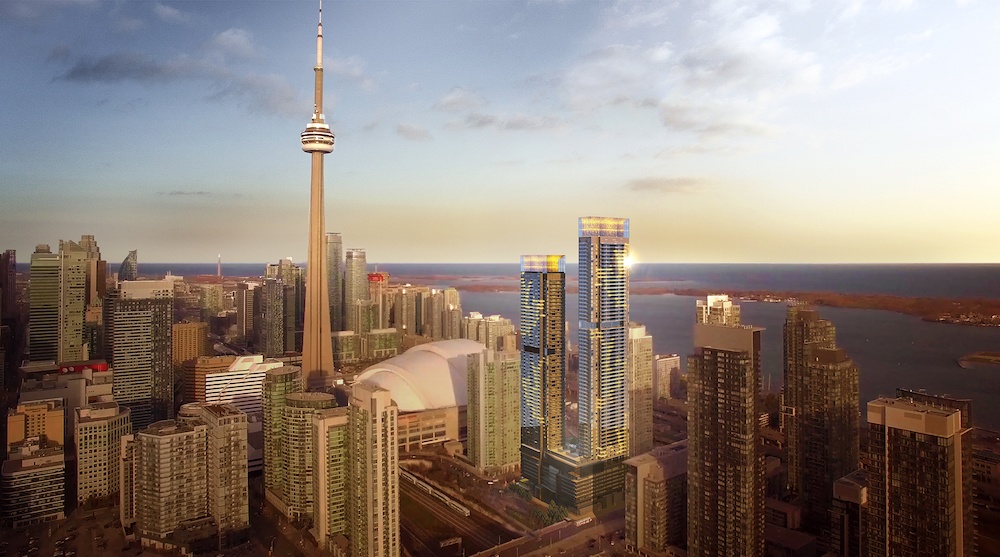 The developer unveiled their new, and final piece, to the existing Concord CityPlace last week, which will be neighbouring the CN Tower. Concord Canada House will combine retail shops and office space with two residential towers.

As a part of CityPlace, the master planned community situated on a 50-acre site on Toronto’s waterfront, Concord Canada House will complete an ambitious project started by Concord Adex over 20 years ago.

“In 1997, we began transforming Toronto’s former railway lands and the CN Tower area into the vibrant community you see today,” said Dennis Au-Yeung, Chief Financial Officer at Concord in a press release. “This year marks Concord CityPlace’s 20th Anniversary and we’re proud to have played a part in the spectacular change that has taken place in this neighborhood in the last two decades.” 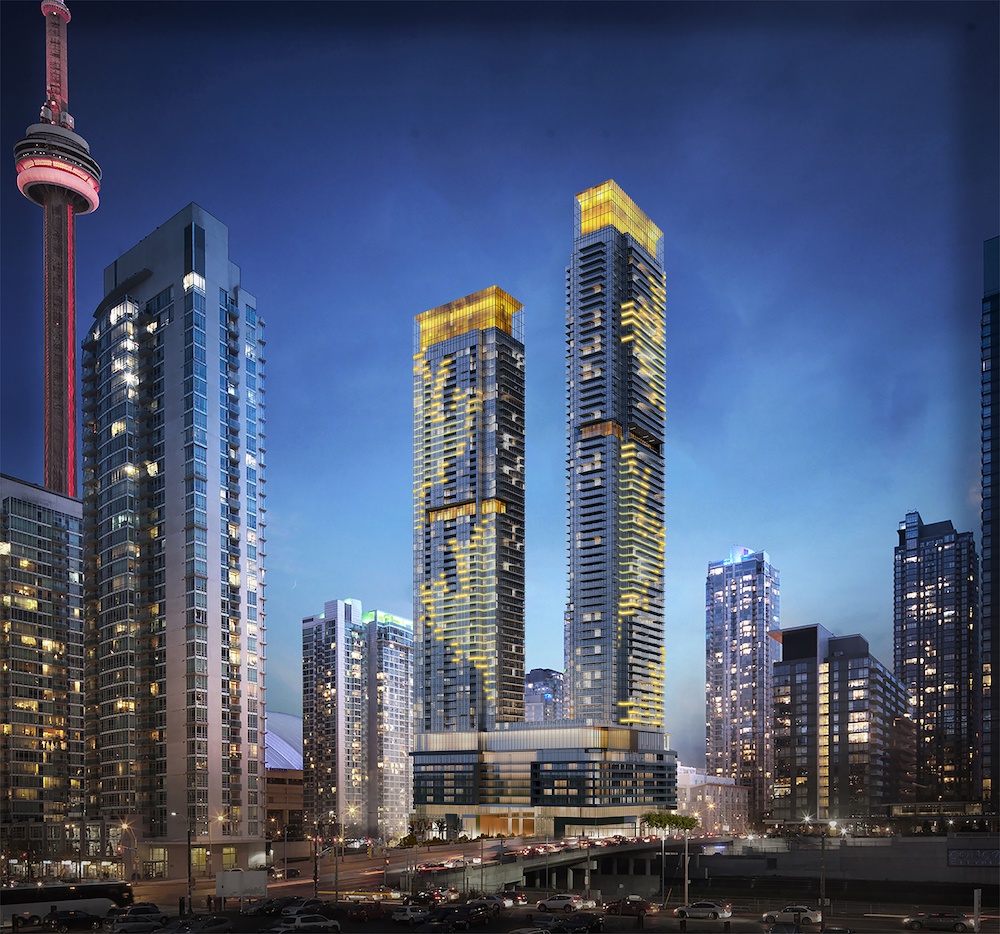 Located at 23 Spadina, the new Concord Canada House will include 1400 residential units and 21,000 sq.ft of shops and restaurants that will wrap around the entire building, and the second storey will feature over 26,000 sq.ft of office space. The residential towers, reaching 68- and 79-storeys, will be landmarks on the growing Toronto skyline as well as provide residents with dramatic lake and city views, according to Concord Adex, and the development will be within walking distance of Canoe Landing Park, the Rogers Centre, restaurants and the entertainment district.

“Understanding the significance of its location, history and the vibrant Concord CityPlace community, we decided to build our crown jewel as a tribute to Canada, Toronto, and the neighborhood we’ve spent the last 20 years growing,” says Gabriel Leung, Vice President, Development at Concord. “We decided to take this condo development one step further and set out to bring iconic Canadian elements to life.” 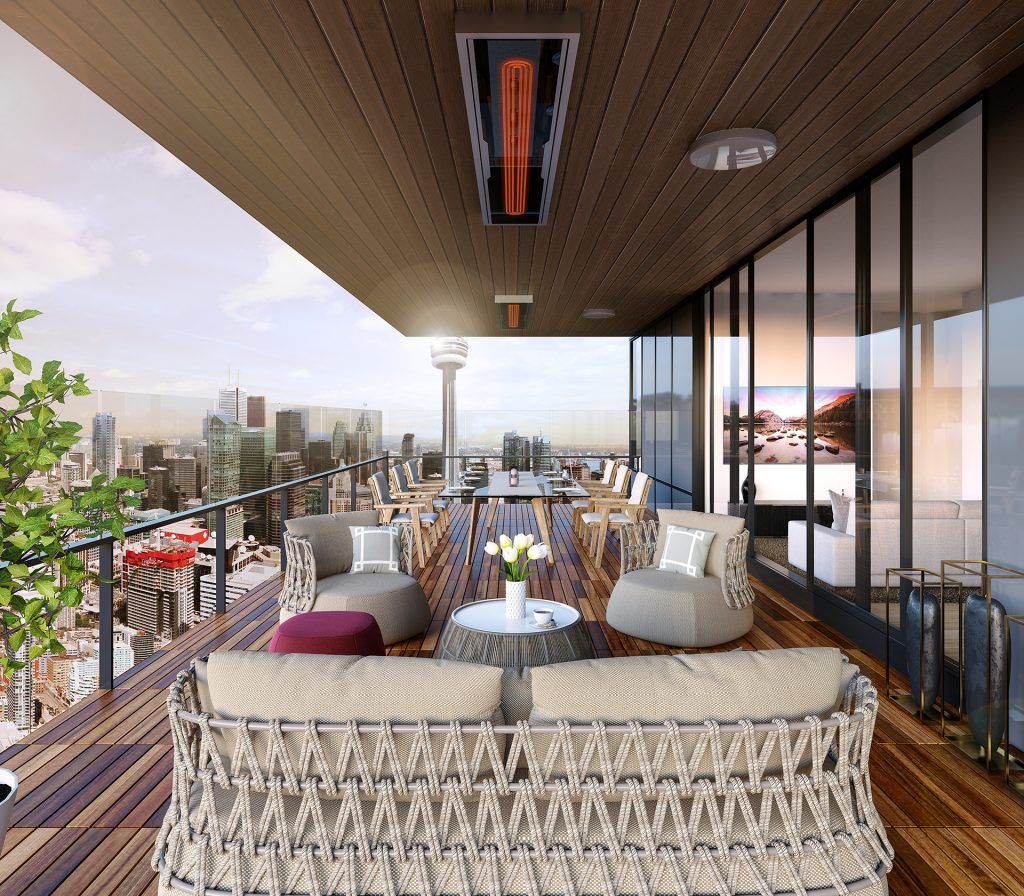 Amenities for the new development will have an underlying Canada theme. The 60,000 sq.ft of amenity space will have a resort-style spa and jacuzzi pool, state-of-the-art fitness gym, and a rooftop sky lounge, in fact, the roof level amenity will be the tallest amenity in a residential development in Canada.

The outdoor space located on top of the 10-storey podium include plans for an ice skating rink inspired by the Rideau Canal that doubles as an outdoor pond in the summer, stated Concord. All residential balconies will feature radiant ceiling heaters, lighting, and composite wood decking to make the space useable during Toronto’s cooler months.

One thing is for sure, CityPlace is about to get a whole lot more Canadian. And thus, awesome. 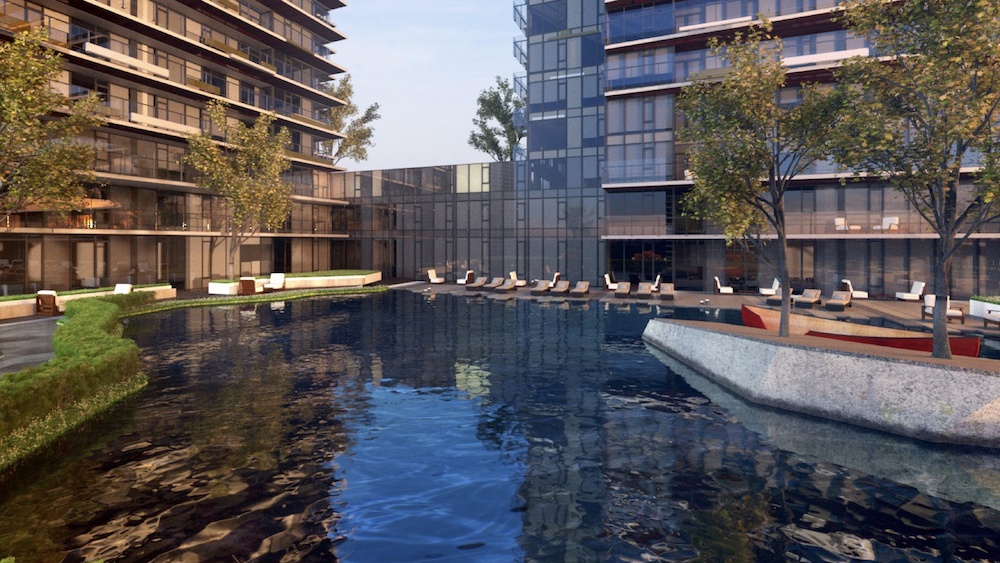