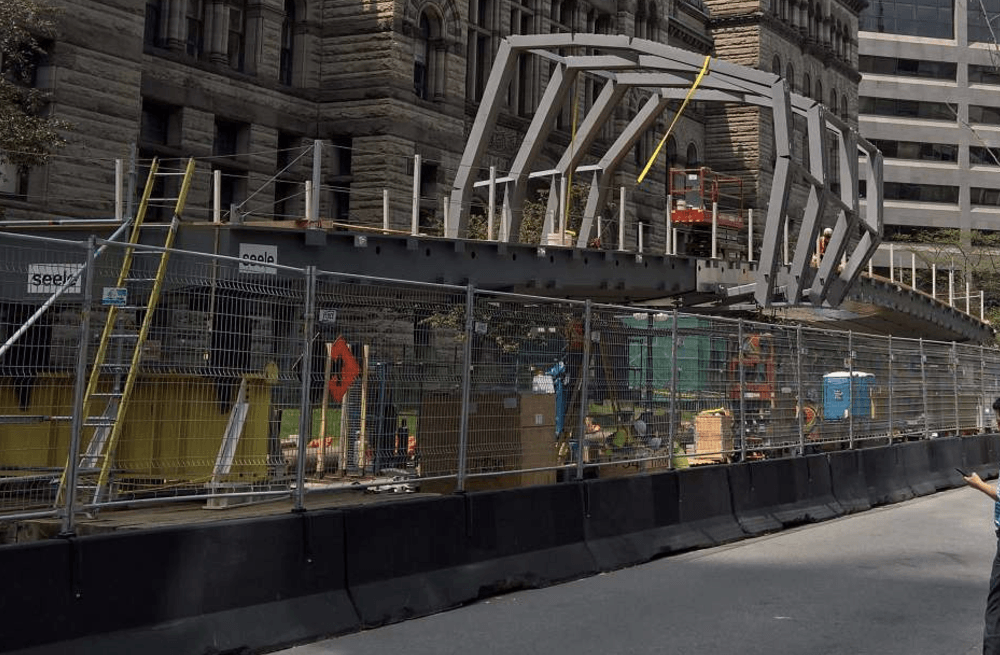 You may have noticed things looking a bit different on Queen Street West at Yonge.

So the street, which has had a pedestrian bridge for years, now looks like this.

But it won’t be for too long, as construction is now underway for the new bridge. And to get us excited, the Toronto Eaton Centre shared a (very well produced) video of the demolition. Seriously, it’s a great video.

Go behind-the-scenes of the demolition that closed Queen Street this weekend in preparation for the new #CFTECBridge pic.twitter.com/vcX5uHaoYA

And check out some photos of the soon-to-be bridge, which is expected to be in place later this fall.

A post shared by Toronto Grand Prix Tourist (@instajamesphotographer) on May 24, 2017 at 5:40am PDT