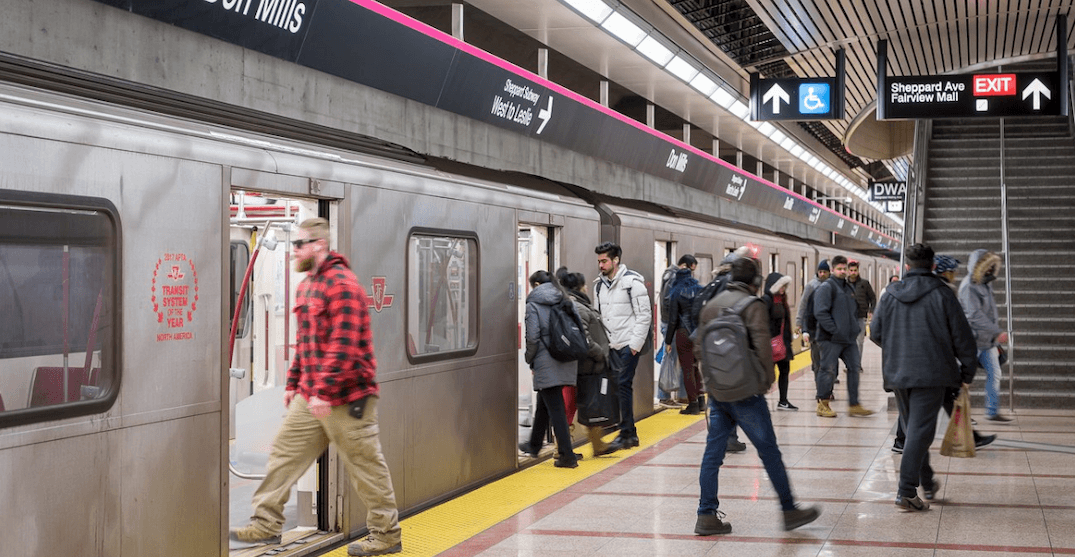 Toronto commuters are now spending more time on public transit than they did in 2013, and a majority claim that commute times affect their quality of life, according to a new poll surveying transit riders in the city.

The poll, released by Forum Research, was conducted through a telephone survey of 1157 Torontonians, and says that the average commute time in the city is 8% higher than it was six years ago numbers — it is now 42 minutes, up from 39 minutes in 2013. Among those who commute, almost two-thirds (60%) say that their quality of life declines from longer commute times.

Within these general averages, the largest proportion of transit riders (19%) say that their commute takes between 30 and 45 minutes, while only 7% say they spend longer an an hour and a half on public transit.

These averages also vary across different areas of the city, some of which, namely Etobicoke and North York, are seeing major increases in commute times.

“On average, commute times have increased across the city, due to massive increases we’re seeing in North York, Etobicoke, and York,” said Dr. Lorne Bozinoff, president of Forum Research, in a statement.

While East York and Scarborough have seen declines in their commute times, North York is up 21% from 2013, and there’s an even bigger increase in communities like Etobicoke and York, which are up 31%, an increase of more than 10 minutes from their 2013 averages.

A vast majority (58%) say it’s to build more transit, while only 17% cite building more roads as a fix.

Otherwise, it seems that the true solution is becoming more and more unclear. More people now than in 2013 are saying that something else should be done or that they simply don’t know what should be done to alleviate congestion.

According to Dr. Bozinoff, this increase “may speak to a general frustration about the state of traveling throughout the city.”

Forum Research’s findings come just a few weeks after a previous poll they conducted about transit in Toronto, which found that half of TTC users said they experience unexpected delays.