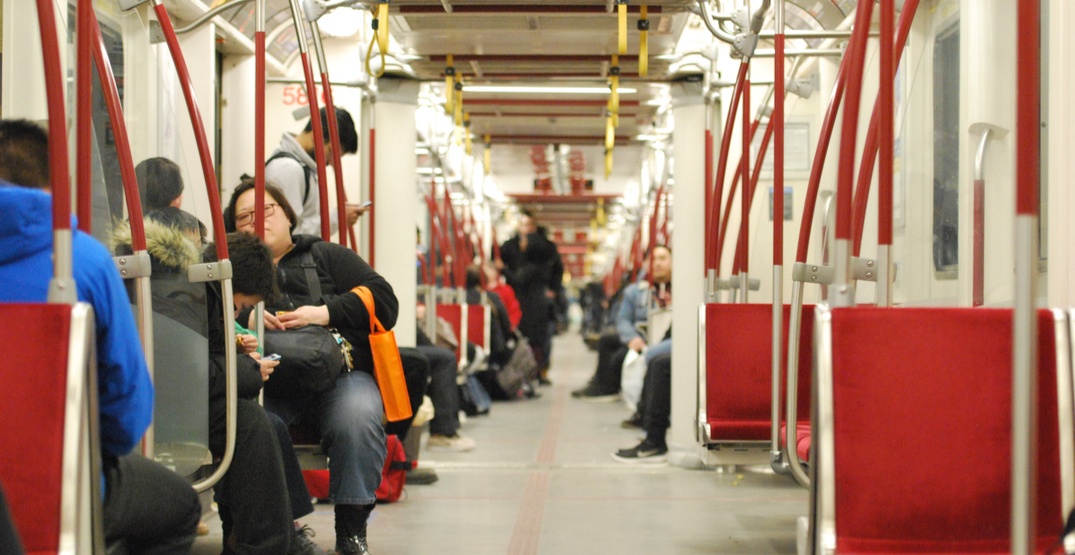 A new poll surveying transit riders in Toronto has found that while most are satisfied with the TTC’s service, the strongest concern users have is unexpected delays that affect their regular travel.

The poll was done via a random sampling of almost 2,000 transit users taken by Forum Research’s Forum Poll in Toronto, Calgary, Edmonton, Vancouver, and Montreal, all aged 16-years-old and older.

“Generally, people are satisfied with the TTC,” said Dr. Lorne Bozinoff, president of Forum Research, in a statement. “But where the numbers appear troubling, is amongst those who report being affected by unexpected delays, particularly those travelling during rush hour. These are the types of issues that drive satisfaction down and should be addressed.”

Almost half of users, 48%, said unexpected delays burden their travel, and as expected, those moving around the city during the morning and evening rush are more likely to cite it as a factor.

Following that, most transit users (67%) also agree that there is not enough being done about future transit in the city to accommodate Toronto’s future population growth. Only about a third (33%) say Toronto is doing enough to expand public transit.

On the other hand, the good news—most people (68%) say that they are overall satisfied with the service.

The poll asked transit users about their opinions about the cleanliness of the system, how reliable it is, its price value, and even the courteousness of riders.

More than 70% of TTC users say the system is clean, 68% say it provides good value for the money, and 69% think other riders are generally courteous. While over three-quarters (77%) of users cited the service as being reliable.