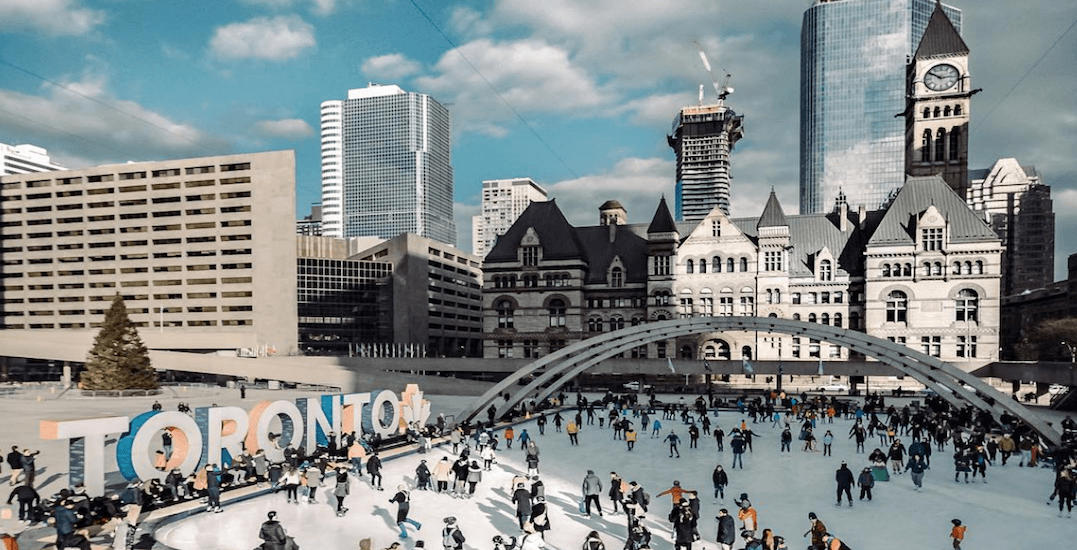 If you need a little help feeling super about the winter season, you’re going to want to head down to Nathen Phillips Square this March for a seriously unique skating event.

Celebrate Toronto is pulling out all the stops for the city’s 186th birthday on the weekend of March 7 and 8, with one of those days including a fully costumed superhero and cosplay ice skating event for the first time ever.

On Saturday, March 7, attendees can head to the square outside city hall to shop from over 90 local vendors at the event’s new “Toronto Made Market.”  There will also be a chance to take a photo with the Celebrate Toronto’s official mascot “Remi the Raccoon.” A photo with the cuddly trash panda can also win you a trip to Montreal on Via Rail.

While you’re there, feast upon the various cuisines from a parking lot’s worth of Toronto based Food Trucks, and warm up with an adult beverage at the Licensed Warming Lounge.

It wouldn’t be a party without some live performances though, good thing the DUET Dance Company, newchoir, and Will Bowes will all be there too. Food trucks and shopping vendors will be open until 8 pm on Saturday, and skates can be rented on site.

The real hero of the event, however, is Toronto Comicon’s first-ever Cosplay Skate on Sunday, March 8 from 2 to 4 pm. Celebrate all things Fandom with photo ops, costumed character meet and greets, and more.

It’s time to dust off that Wonder Woman costume (leggings would probably be a good idea too) and head out to join your fellow super fans for some ice time.

When: March 7 and 8
Time: Noon to 8 pm
Where: Nathan Phillips Square
Price: Free to attend