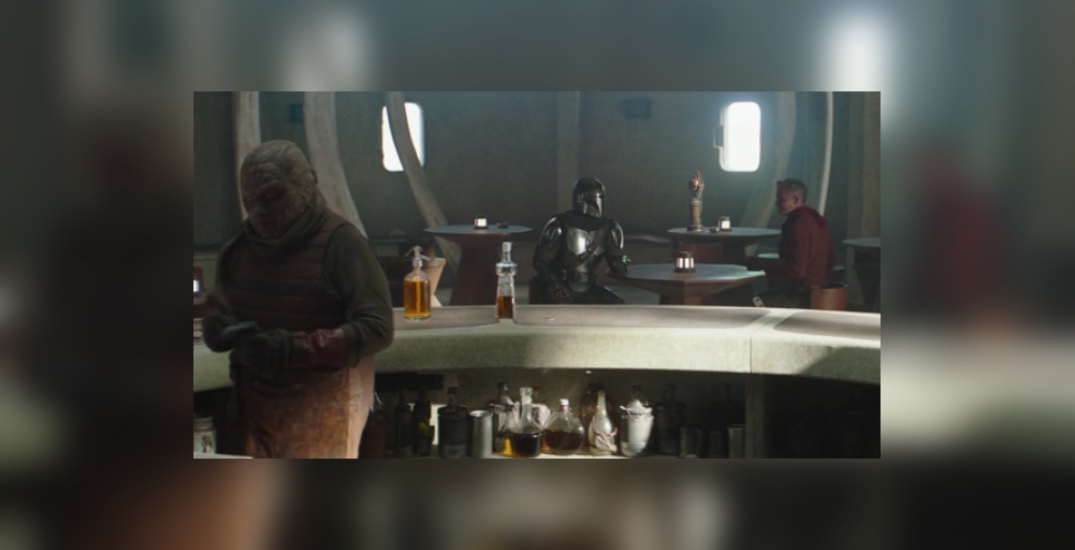 Eagle-eyed fans of the Book of Boba Fett spotted a subtle nod to Toronto in the most recent episode of the Star Wars show.

Star Wars fans probably didn’t expect to see a rare CN Tower-shaped bottle of whisky to show up in Tatooine of all places, but there it was, clear as day on a bartop, in a galaxy far, far away.

The CN Tower La Tour whisky bottle may have gotten more screen time than Boba Fett himself in this episode. It was featured in a lingering shot of the Mandalorian and Cobb Vanth. Want to catch the shot for yourself? It’s about 30 minutes into Episode 6. The bottle is seen as a glass is poured for Vanth and again while Vanth and Mando sit at a table.

Coolest random sci-fi Toronto content since City Hall appeared on TNG but apparently this week’s BOOK OF BOBA FETT episode had Cobb Vanth drinking from futuristic looking bottles of CN Tower Rye.
H/T to the Willowdale Facebook group I happen to be on. pic.twitter.com/56Hb328DwT

The CN Tower-shaped bottle was designed to celebrate the opening of the tower, and some early bottles were distributed before the tower’s construction was completed. The CN Tower opened in 1976. The limited-edition bottles of whisky stopped being produced in the 1970s.

The whisky inside the bottle is McGuinness Distillers, a Canadian whisky, of course. It’s not clear how or why this very Canadian bottle of whiskey showed up in the Book of Boba Fett, it may just be because it looks futuristic, or maybe the set decorator has a soft spot for Toronto.

The rare bottle of whisky is for sale on various websites, ranging in price from just $50 to more than $900. Now that it’s appeared in another galaxy, its worth is sure to go up.