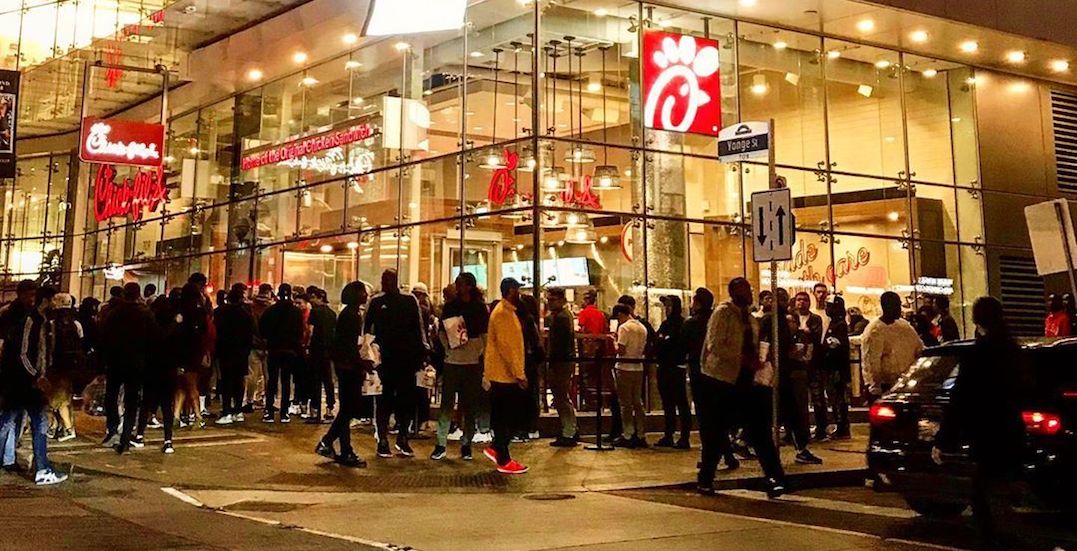 And while the crowd of protesters showed that the city is not all aboard the chicken train, the opening drew major line-ups of eager fried poultry lovers.

Almost a week after the grand opening, the lines held strong. And now, nearly two weeks after the eatery opened its doors, line-ups are still around the block.

As of Monday night, lines at the Bloor-Yonge spot go out its front door and curl around the corner, stretching down a side-street. And hungry customers took to social media to put the seriously long wait times on display.

Them Chick-fil-A lines in Toronto are STILL long. Guess I’m not going this week. 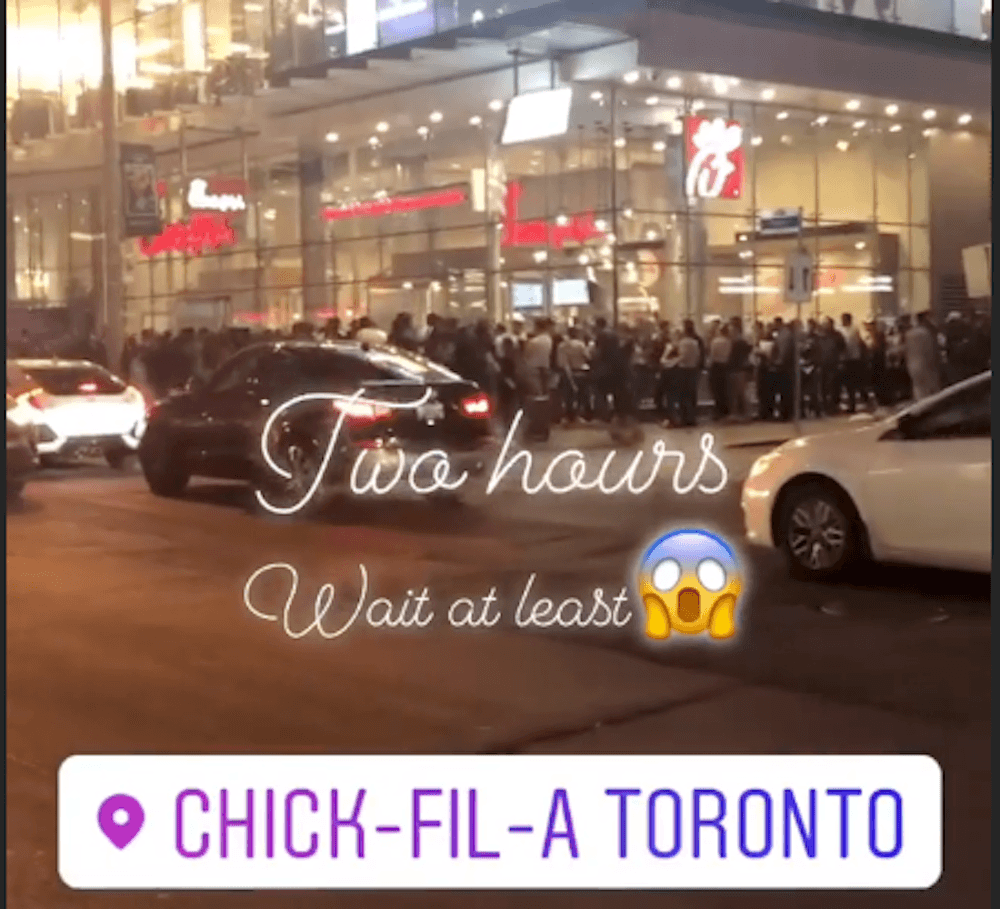