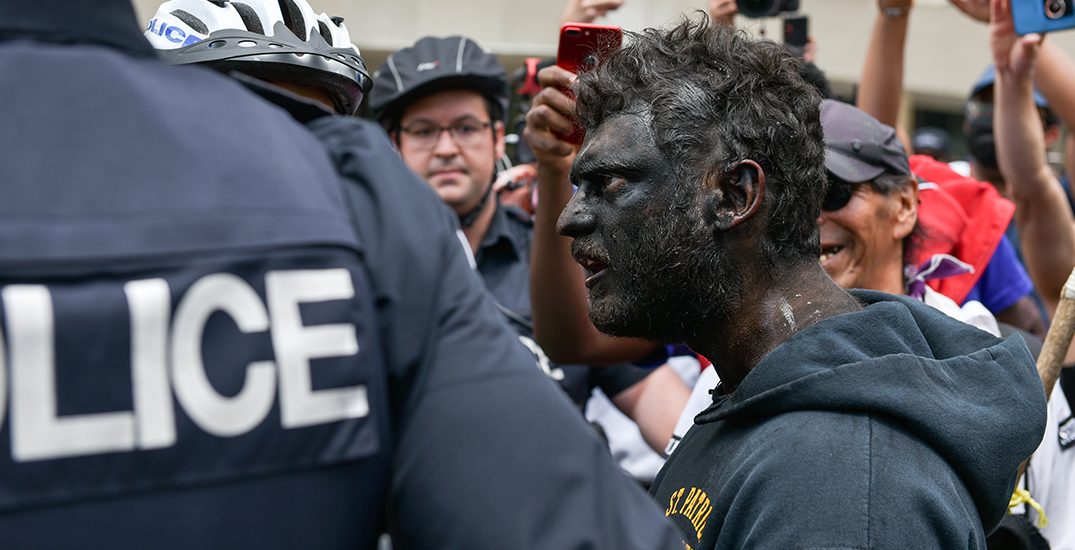 Man in Blackface being taken away during weekend anti-racism rally. (Shutterstock)

The Toronto Police Service have now charged a man who was seen wearing Blackface at an anti-racism rally in Toronto on Saturday.

According to police, the man was arrested for breach of peace after he allegedly dressed in Blackface and went to Nathan Phillips Square around 1:30 pm.

Police on scene were advised and promptly engaged with the man.

The man’s appearance took place at a peaceful protest that followed the death of George Floyd and other Black individuals who have lost their lives due to police violence.

The man who was arrested has been identified as 28-year-old Deivis Shtembari.

After further investigation,  police say he has been charged with Cause a disturbance.