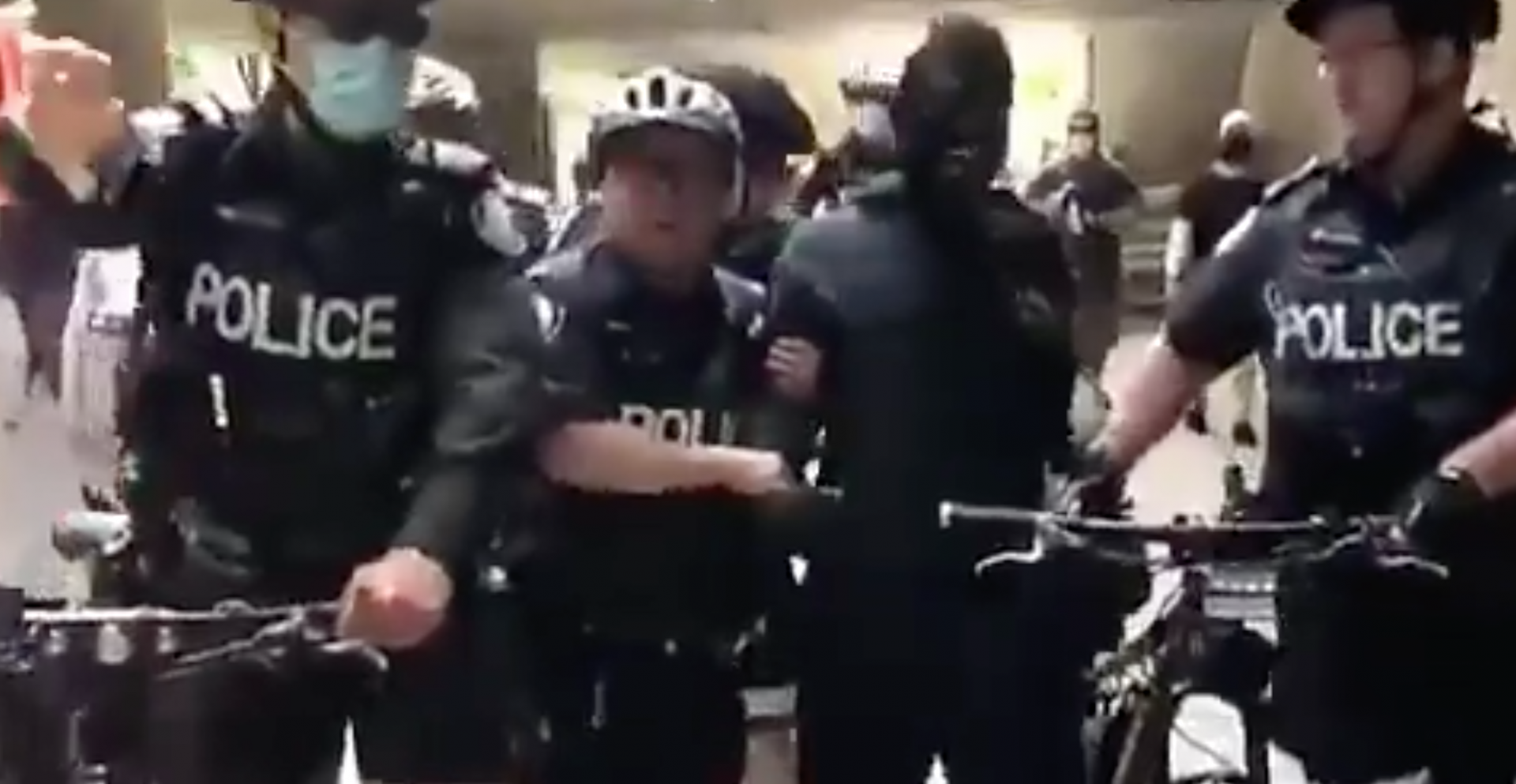 A man showed up wearing Blackface at an anti-Black racism rally in Toronto Saturday, and was escorted out of the crowd by police.

In video from the scene at Nathan Phillips Square, demonstrators question the man who’s wearing black paint on his face and hands.

Moments later, another clip shows several officers leading the man out of the protest while he yells at demonstrators. Alex Li, spokesperson for the Toronto Police Service, told Daily Hive the man was arrested for breach of the peace.

No charges have been laid so far, although police are still looking into the incident.

The man made an appearance during a peaceful protest over the death of George Floyd and other Black individuals at the hands of police which was part of a global movement to fight anti-Black racism and police brutality.