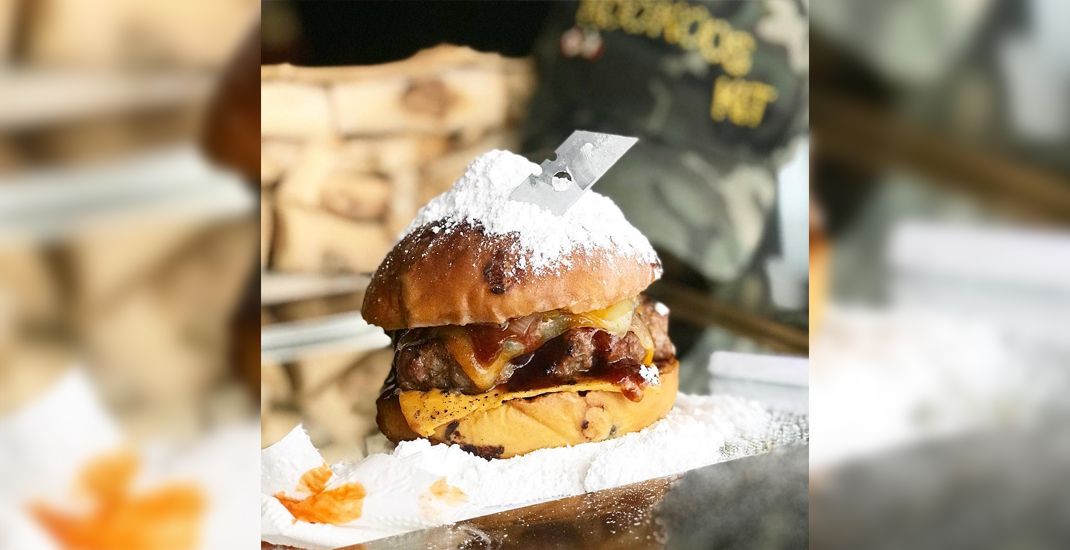 Broken-glass-decorated doughnuts? Soft-serve so offensive that religious groups are up in arms. Toronto-area restaurants are earning a reputation for pushing the limits of what constitutes good taste.

But cartel-inspired burgers – the latest offering from Kookoos Kitchen – might have gone too far.

Crazy creations are what this Woodbridge burger joint is best known for but the newest off-menu item named “El chopo – The King Of Ice” might have hit the wrong nerve with Instagram users.

Within just 36-hours of posting the featured menu item, and following community complaints, the restaurant has removed the original images of the burger. Owner Robert Vinelli shares with Daily Hive by phone that the restaurant “received complaints and name calling bashing by other social media users,” which ultimately compelled him to rename the burger “Sugar Daddy’s.”

While the name and photo propping might be a little tamer now, don’t be fooled, this sweet, salty, and meaty creation is still a force to be reckoned with.