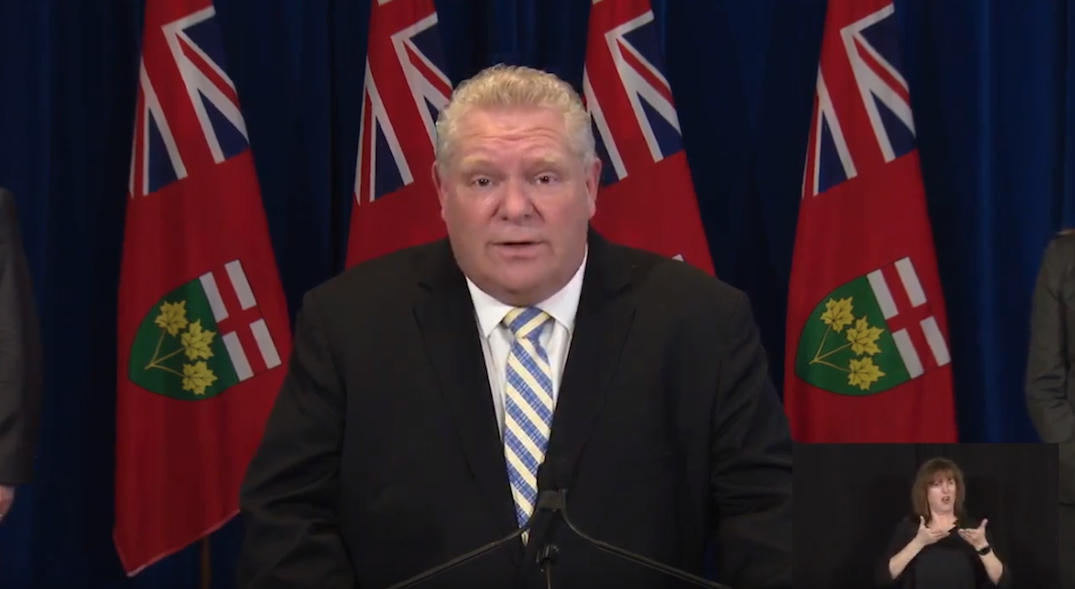 Ontario is planning to extend the province’s state of emergency amid the COVID-19 pandemic.

On April 14, the province’s state of emergency was extended by 28 days, and will be in place until May 12.

“Until we see consistency for two weeks, we have to renew the state of emergency,” Premier Doug Ford said on Monday. “Once we get through this, that will be taken off the table.”

Ford also said that “hopefully, we’ll be able to see that sooner than later.”

“Within eight weeks, we have come a long way,” said Ford. “But we still have a long way to go.”

The province has begun to reopen parts of the economy as of Monday.

As of May 11, retail stores reopened for curbside pick-up and delivery, in an effort to get “thousands” of people back to work, Ford said last week when he made the announcement.

And, provincial parks and conservation reserves will reopen starting on Monday, for limited day-use access.

The Province of Ontario confirms there are 35 more COVID-19 related deaths, with 308 new cases, as of Monday morning.

This is an increase in new cases compared to Sunday’s 294, but is lower than Saturday’s 346.