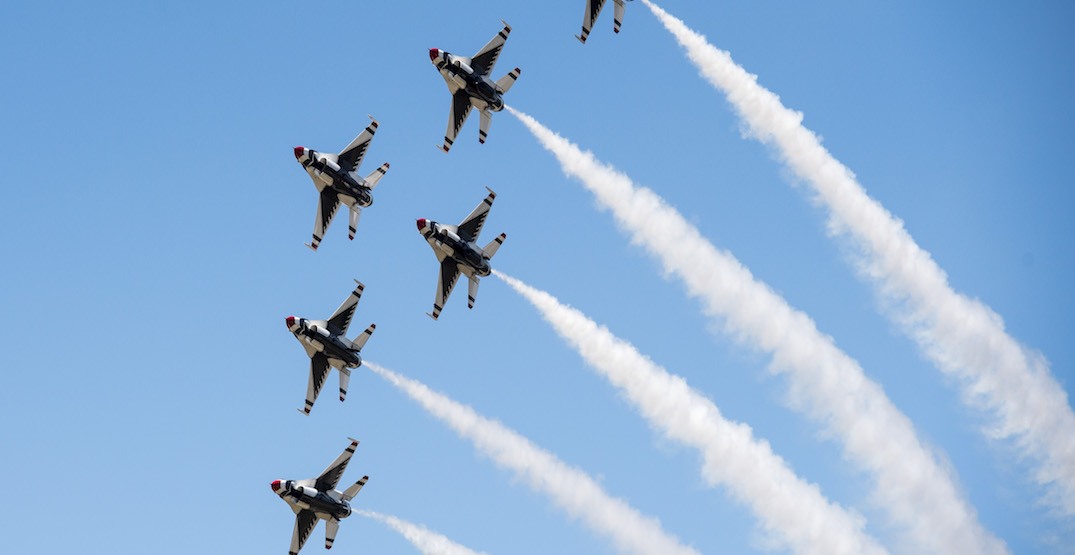 All eyes will be on the sky this weekend, as the Canadian International Air Show (CIAS) is set to soar above the CNE grounds.

To celebrate its 70th year, the CIAS will wow crowds with a new show that will include the Royal Air Force Aerobatic Team, the Red Arrows, as part of their North American Western Hawk 19 tour.

The Red Arrows are recognized as one of the world’s premier aerobatic display teams, having performed close to 5,000 times in 57 countries since 1965, according to the CNE.

The Snowbirds return to the CNE to electrify crowds with their extraordinary aerial manoeuvres performed by nine amazing pilots who come from across Canada.

So far, these are the confirmed performances: