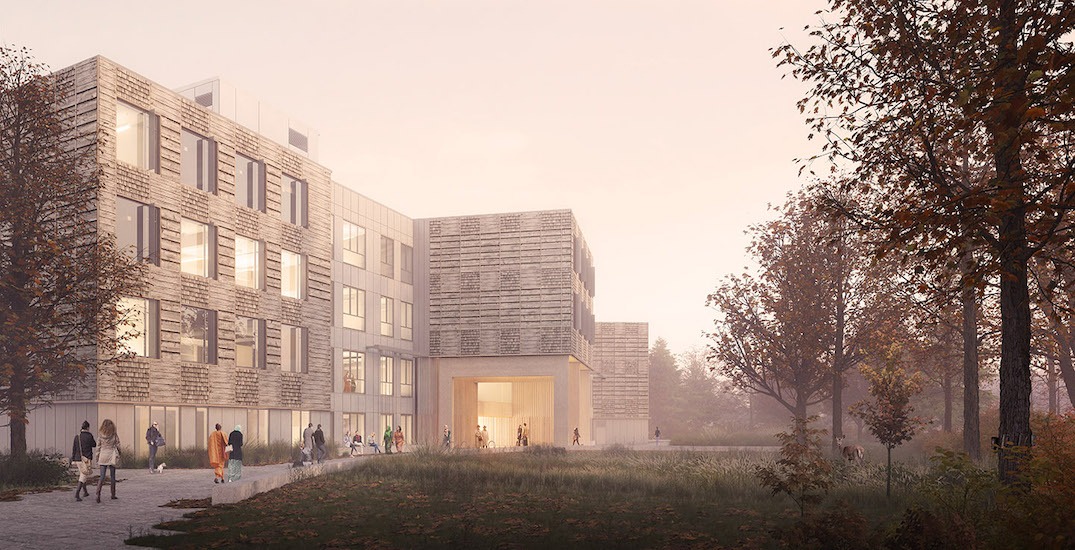 There’s a four-storey, mass timber office building coming to Toronto, and it’s receiving $2 million in funding over the next three years from the Canadian government.

The building will house the Toronto and Region Conservation Authority’s (TRCA) new administrative office building, and it will position Canada as a global leader in advanced wood building design and construction.

Additionally, the completion of the project will expand the Canadian wood market into non-traditional, low-rise office buildings, according to the federal government.

The funding was contributed as part of NRCan’s Green Construction Through Wood (GCWood) program, which aims to encourage greater use of wood in construction projects.

Once completed, the office will be a net-zero energy­-efficient building, meaning it will produce at least as much energy as it consumes on an annual basis.

According to the government, the structure will be built with glue-laminated timber, an engineered wood product that is bonded together with durable, moisture-resistant structural adhesive.

This material will give the building environmental benefits not to mention the production is renewable and sustainable while combating climate change through carbon sequestration.

The new building is intended to be one of the most energy-efficient office buildings in North America, according to the TRCA. Some of the sustainable design features will include:

“TRCA is committed to applying the best practices in green building and sustainable design. Thanks to Natural Resources Canada’s generous contribution, along with contributions from the Province of Ontario and TRCA’s participating municipalities, our new administrative office building will be one of the most energy-efficient office buildings in North America,” said John MacKenzie, chief executive officer of the Toronto and Region Conservation Authority, in a statement.

The new TRCA administrative office building will be located at 5 Shoreham Drive in Toronto, near York University.