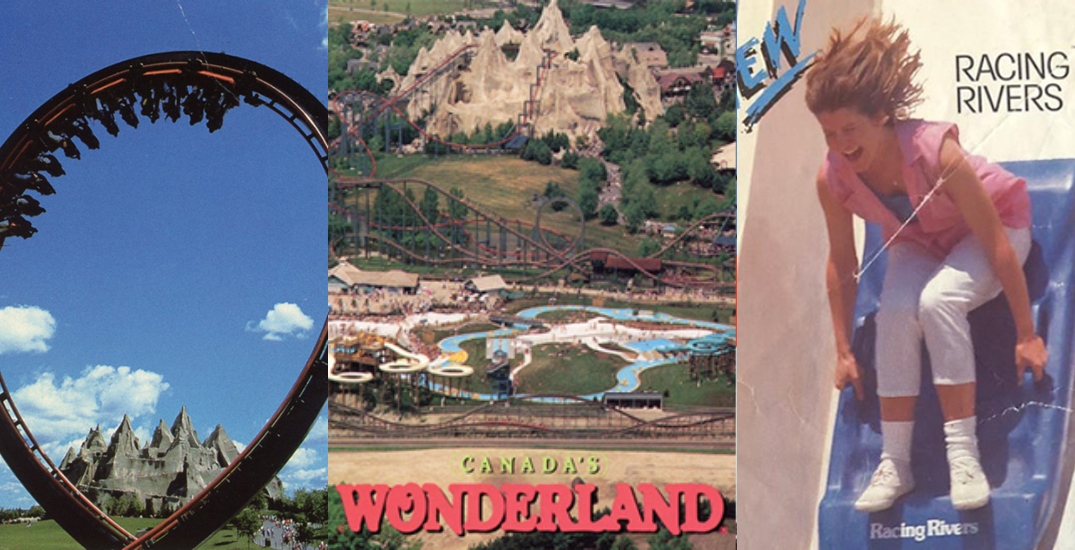 Canada’s Wonderland is reopening this Saturday, and we’re so excited!

If you’re heading to Wonderland for the food (which, let’s face it, many of us are), check out our round-up of new eats you can expect during the park’s food festivals for a sneak peek of all the deliciousness to come.

As we mentally prepare ourselves to line up for Wonderland’s most popular rides, we’re taking a trip down memory lane with some heart-thumping rides that used to exist at Canada’s Wonderland. 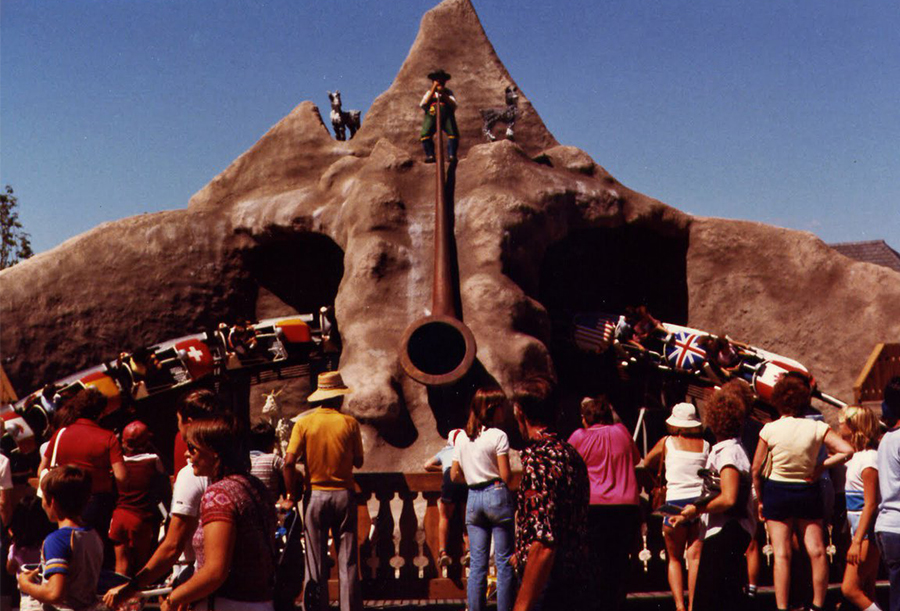 Bayern’s Kurve was made up of sixteen bobsleds that moved like a rollercoaster. Although the ride would start in an upright position, riders would soon find themselves twisting and turning as the cars barrelled their way around a track against a mountain background. Each car represented a different country that participated in the Olympics, with Canada naturally taking the lead. 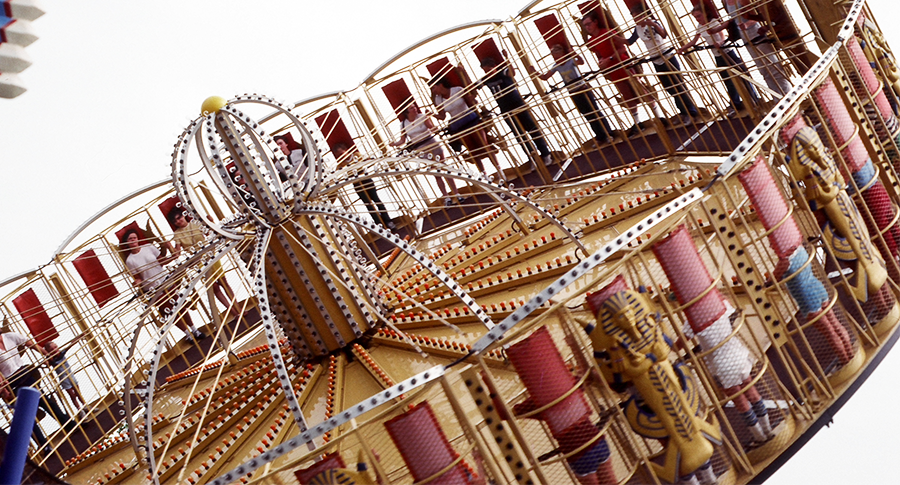 Here’s hoping people’s knees didn’t turn to jelly because riders had to stand at this ride while it spun them around and tilted them at 90-degree angles. The ride was similar to Wilde Knight Mares. Racing Rivers later replaced it in 1988. 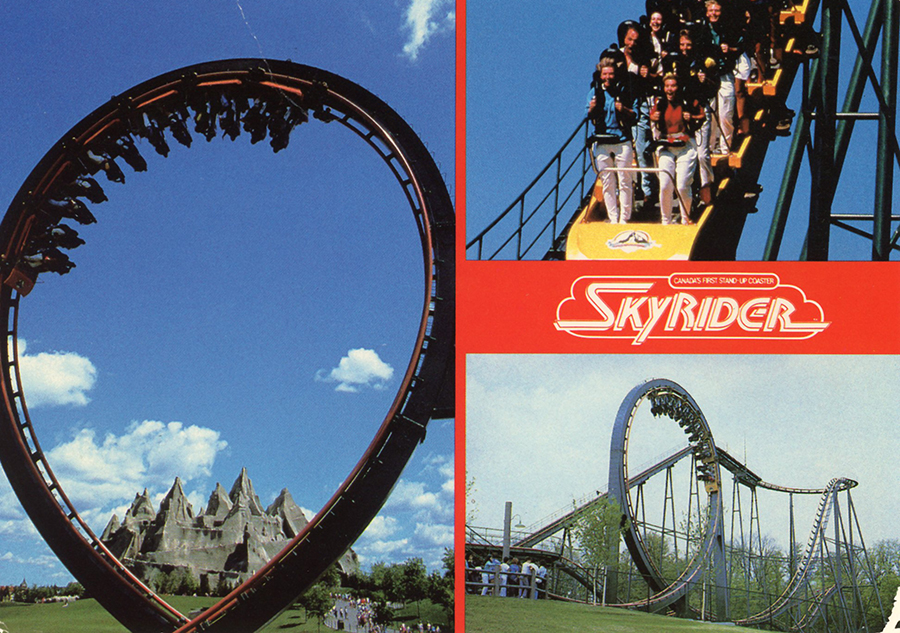 Another ride that was standing room only, SkyRider, was Canada’s only stand-up looping roller coaster. The ride would take guests down an 83-ft drop and into a 360-degree loop followed by a 540-degree helix. It was hugely popular, having entertained 23 million thrill-seekers until it was sold to a park in Tuscany and replaced by none other than the iconic Yukon Striker. 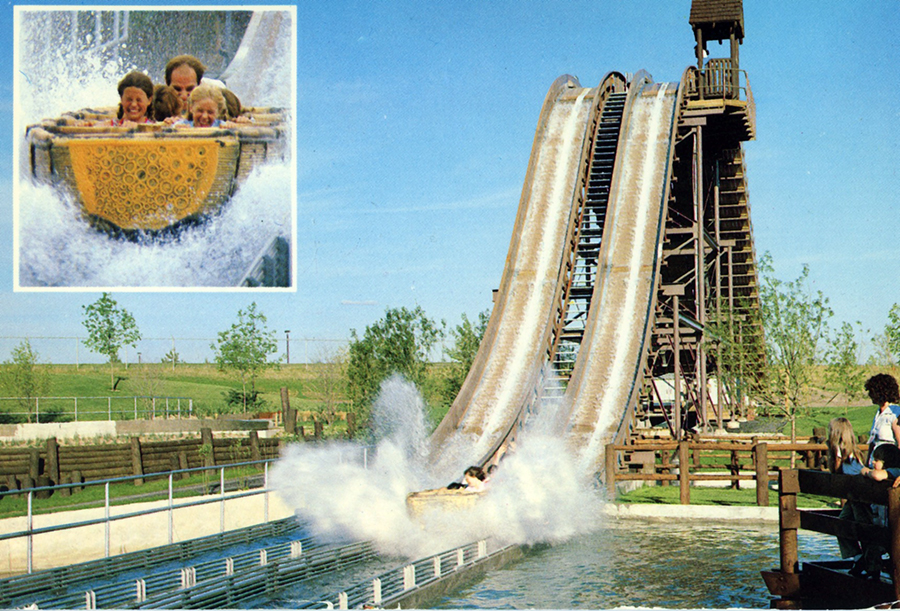 Who doesn’t love a good old-fashioned flume ride? Zumba Flume featured two slides and a 40-foot drop. It was also hugely popular, having entertained 14 riders until it was replaced in 1994 by Flight Deck, formerly known as Top Gun. 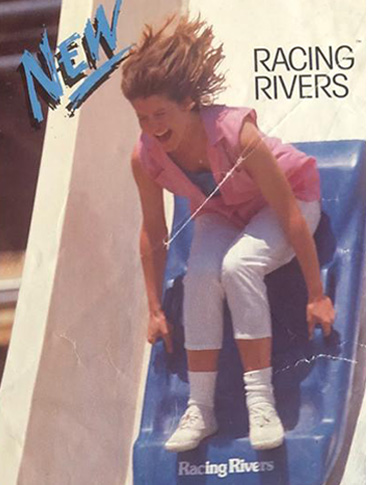 Since we’re on the subject of water rides, Racing Rivers no doubt got some hearts racing as riders sat on plastic sleds that slid down a steep angle from 30 ft high. People were allowed to wear their clothes, but they did run the risk of getting wet. However, it probably wasn’t much of a problem during a hot summer day.

Racing River was eventually closed in 2000 and replaced by Psyclone in 2002. 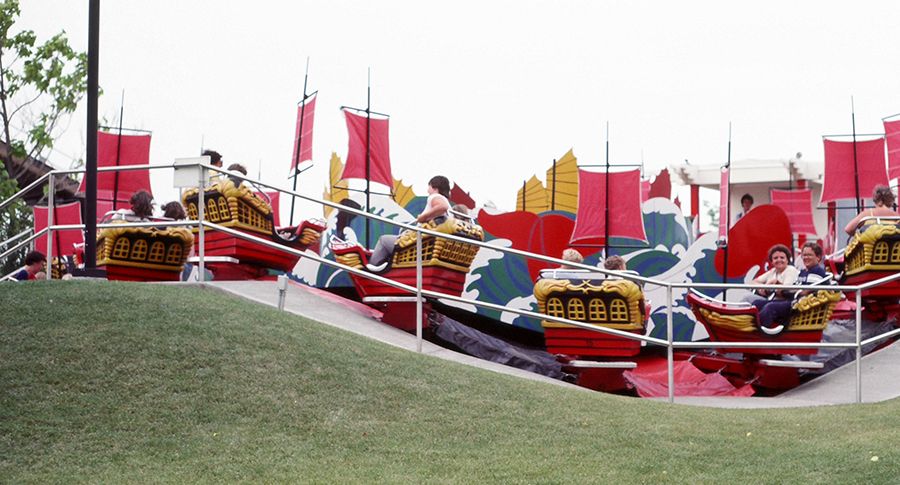 Unlike the other rides, this was a far more relaxing experience. This family-friendly ride took riders up, down, and around a sloping circuit, mimicking the motion of ocean waves. The Great Whale of China was replaced by Time Warp (formerly known as Tomb Raider: The Ride). 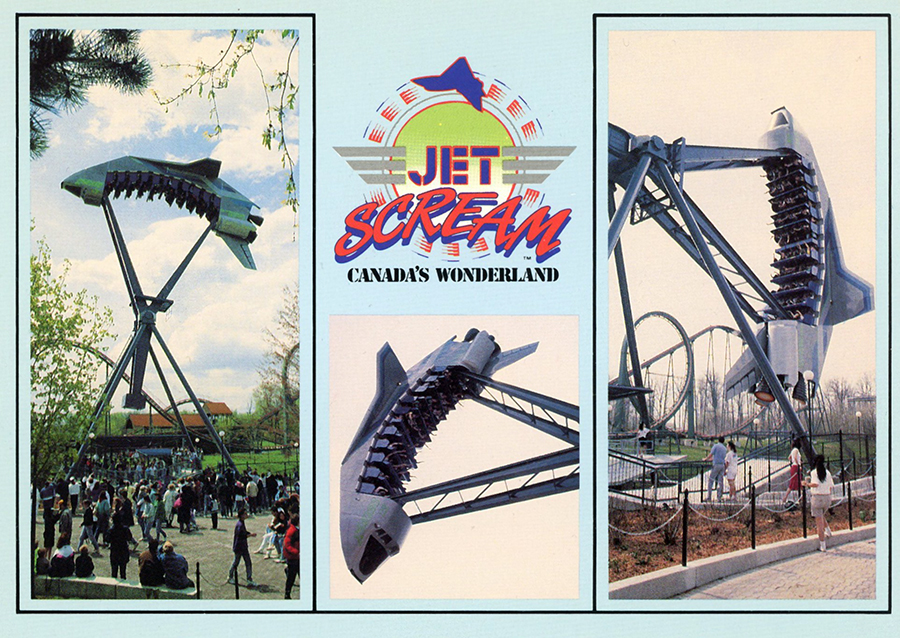 For those who enjoy being upside down, the gravity-defying Jet Scream must’ve been a favourite. Riders were rotated at 360 degrees up to tens storeys high. The ride was in operation for 20 years, from 1990 to 2010, until WindSeeker replaced it in 2011.