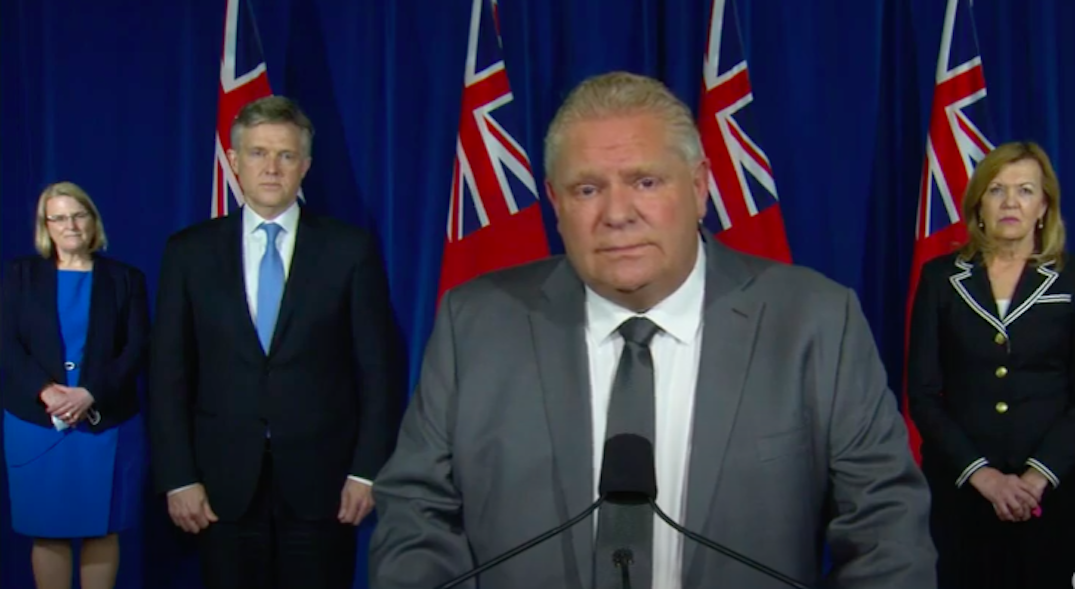 During a press conference on Thursday, the premier said, “It concerns me that we aren’t rolling it out in the same fashion [as the UK and the US]. There’s no reason why Canada should be last in line.”

“We need to be lockstep shoulder-to-shoulder with all these other countries that are rolling it out. We aren’t controlling the procurement side of the vaccines; we’re relying on the federal government to give us some information.”

Ford said his government still needs to know how much of the vaccine Ontario will receive, what type, and the date of arrival.

The premier also announced that the COVID-19 Task Force will be announced tomorrow and will lay out the plan for how they’ll distribute the vaccine.

“We will be ready. We have a phenomenal team. We’re ready and we’re organized. As soon as [the vaccines] are on our soil, they’ll be shipped out across the province.”

Ford has been asking for more direction from the federal government on the vaccine for a couple of weeks.

On November 23, he said the distribution of the vaccine will be a “logistical nightmare” if it’s not done properly, calling out Health Canada and the federal government to give decisive answers.

Then on November 26, Ford reiterated he wanted a “decisive plan” from the federal government on the rollout of the COVID-19 vaccine.

And on Monday, he said that “incompetence” and “dishonesty” are the reasons for the lack of clarity on the delivery date but said he wasn’t blaming the federal government or pharmaceutical companies.

While Canadian health officials noted that they will procure up to 194 million doses of COVID-19 vaccines, with the option to purchase an additional 220 million, the first three million will be available some time in the first quarter of 2021.