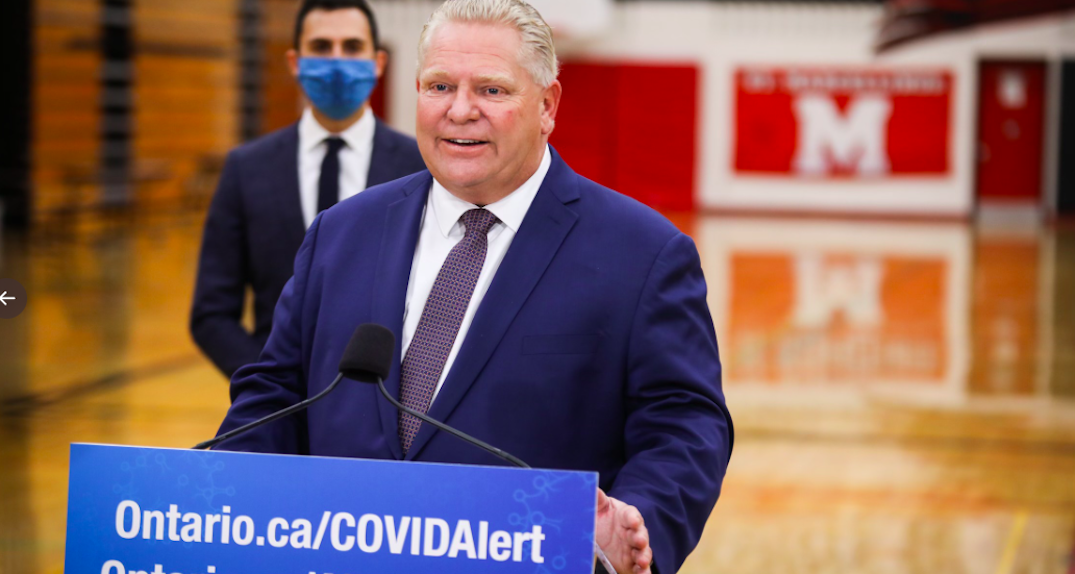 Premier Doug Ford is pushing to reduce the 14-day quarantine at Toronto Pearson Airport so people can resume their day-to-day faster.

During a press conference on Wednesday, Ford said his team is working with the federal government at Toronto Pearson to shorten the quarantine period.

“We’re working to reduce the down time. Once you come back you have to quarantine for 14 days; we want to knock that down similar to what they’re doing in Alberta. We’re doing a trial, and we’ll have an answer this afternoon on where the trial is at, but I’m really pushing it,” he said.

Ford added that once someone lands, they should get tested right away and then get tested again in five or seven days. If both tests come back negative, the premier thinks people should be able to go home.

“If they both come out negative, you should be able to go on your way. You shouldn’t have to stay and be locked down for seven days.”

And then, the premier directed his remarks to the federal government.

“I’ve been saying since the start the feds need to step it up. At least take people’s temperatures or something. Don’t just let them walk off, hop in a taxi and away they go. I’m sure there are a lot of people who do quarantine. There are also many who don’t.”

Ford said that people should at least have their temperatures taken and that voluntary tests should be made available.