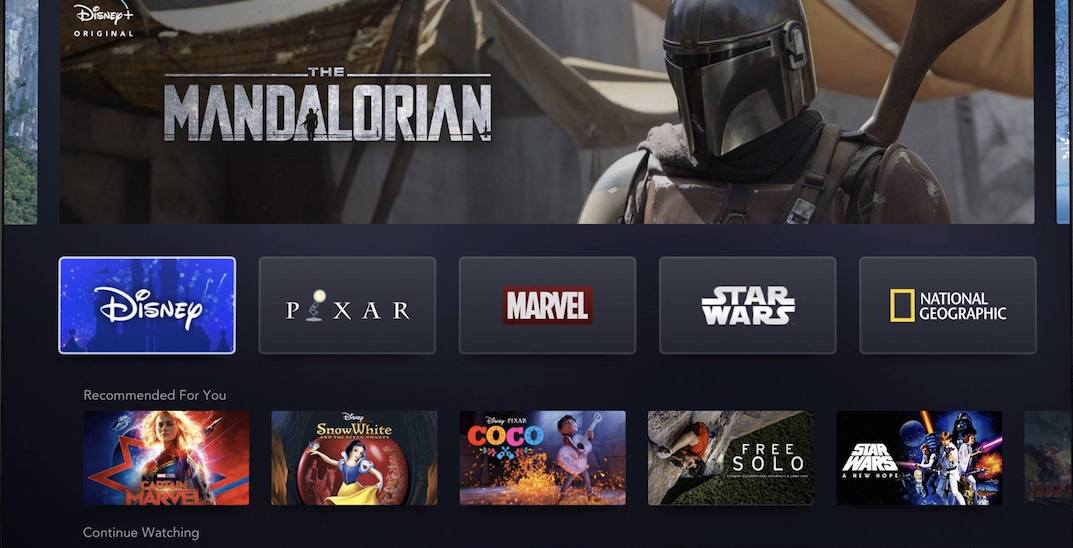 The House of Mouse is now at your fingertips, just in time for the entire winter season, too.

“Disney+ marks a bold step forward in an exciting new era for our company — one in which consumers will have a direct connection to the incredible array of creative content that is The Walt Disney Company’s hallmark,” said The Walt Disney Company chairman and CEO, Robert Iger, in April. “We are confident that the combination of our unrivalled storytelling, beloved brands, iconic franchises, and cutting-edge technology will make Disney+ a standout in the marketplace, and deliver significant value for consumers and shareholders alike.”

Canada is one of the first three markets for Disney+, alongside the US and The Netherlands. Australia and New Zealand will gain access to the service on November 19.

At $8.99 per month (or 89.99 per year), Disney+ is keeping its pricing in line with other streaming services and like Netflix, CraveTV, and Amazon Prime, uses an algorithm to bring viewers user-specific suggestions.

The wait is over! Start streaming #DisneyPlus today in Canada. Sign up NOW at https://t.co/vITiCuPUGD. pic.twitter.com/b0L61a7log

Disney’s new service offers Disney+ Originals, Recommended for You, and Continue Watching while also allowing users to add series and movies to a personalized watch list.

Now might be a good time to invest a bigger, comfier couch.