The country reached the stark milestone on January 3, as 601,663 cases were reported. Canada surpassed 500,000 cases just over two weeks earlier, on December 19.

Quebec has seen the most COVID-19 cases any province or territory, with 210,304 cases reported to date. 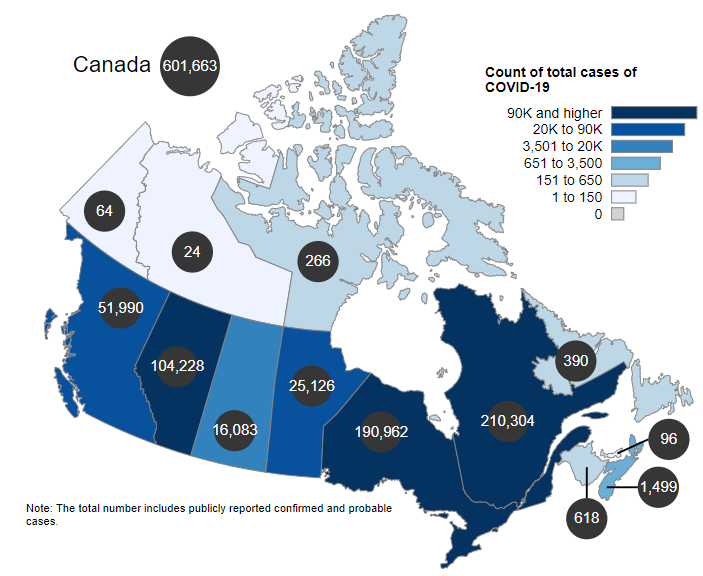 The three aforementioned provinces have also reported the highest count of virus-related deaths to date.

Several provinces, including Ontario, British Columbia, Alberta, and Quebec, have reported cases of the new COVID-19 variant first discovered in the UK.

While data suggests that the variant may be more transmissible, there is no evidence to suggest that the mutation causes more severe illness or that approved vaccines will be any less effective against it.

There are currently 80,822 active COVID-19 cases across Canada.