A new $479 million, 32-storey office tower is going up at the corner of York Street and Bremner Boulevard.

The latest downtown construction project is by Cadillac Fairview (CF), along with its partner the Ontario Pension Board (OPB), who announced the commencement of construction on March 7.

Located at the southwest corner of York and Bremner, the new building will be 879,000 square feet of “first class office space,” will include three underground parking levels with 289 parking stalls, and will feature a ground level retail space.

“I’m very proud that CF has played a key role in the evolution of the South Core, and that we are now adding 16 York to this dynamic mixed-use district,” said John Sullivan, President and CEO, Cadillac Fairview in a statement. “Ten years ago, when the area was vacant parking lots, we introduced its first building, Maple Leaf Square, which was the catalyst for approximately $4 billion of subsequent development.” 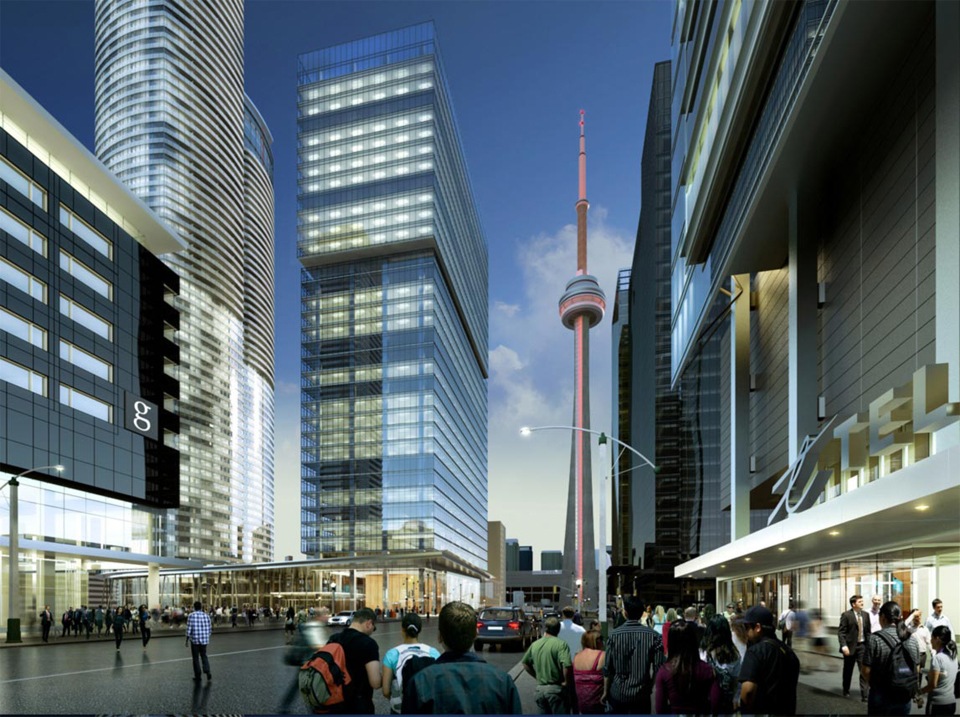 Toronto is experiencing near-record-low vacancy rates, according to the company’s statement, and CF continues to see demand for commercial office space along with plenty of prospective tenants.

“We are excited to start this development project. Investing in high-quality real estate is an integral part of OPB’s overall investment strategy,” said Mark Fuller, President and CEO of the Ontario Pension Board. “We are confident that 16 York will attract prime tenants and will provide us with an excellent return on our investment.”

According to CF, prospective tenants are already in discussion to occupy offices at 16 York, although it is unclear who they are.

Being one block from Union Station and close to the Gardiner Expressway and Toronto’s waterfront, the latest tower is well positioned to appeal to tenants who prioritize transit accessibility and a diverse amenities. 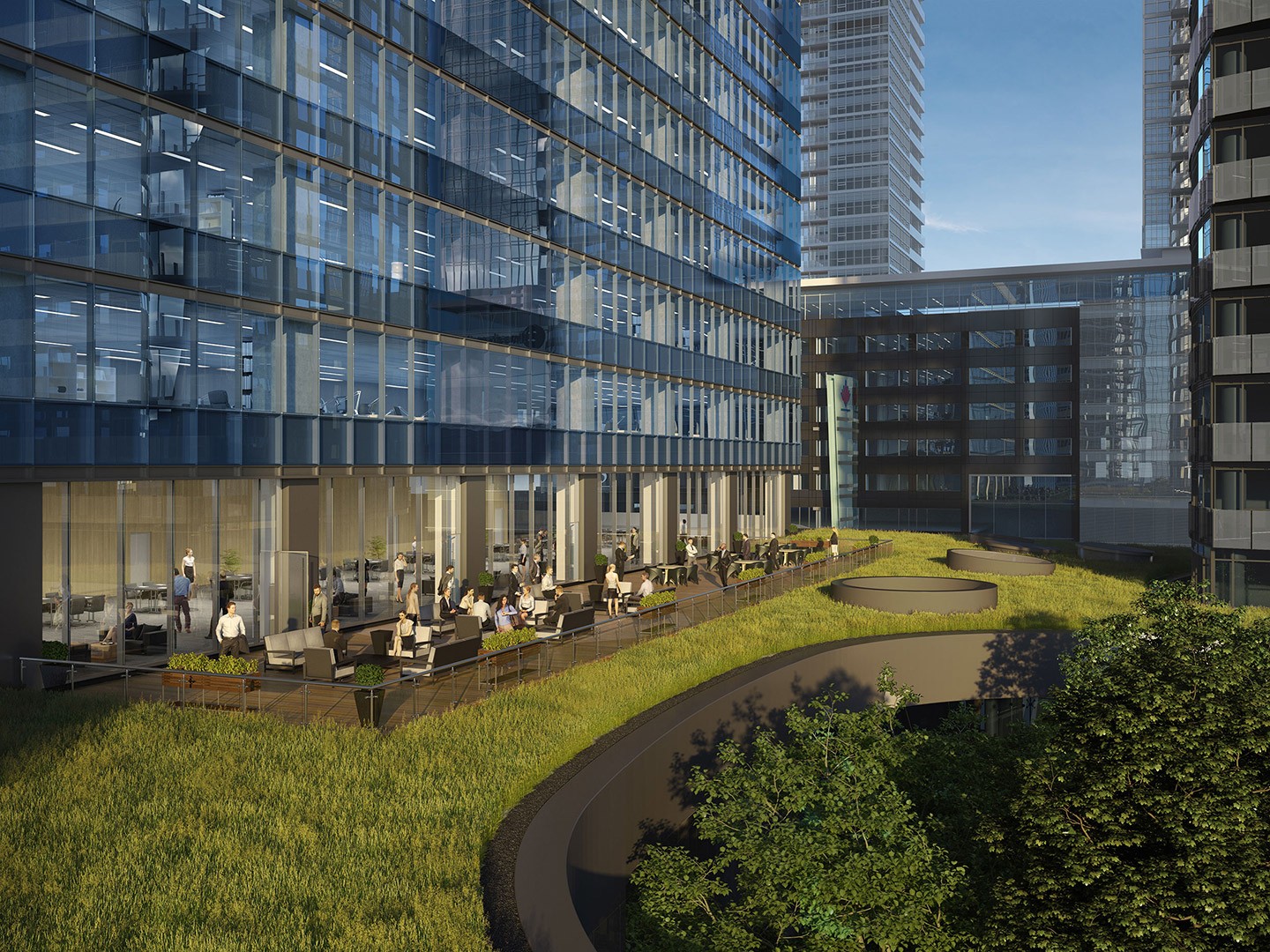 Additional features at the new building will include:

– A one-acre, green roof, dramatically elevated 40-feet above street level, serving as a distinctive architectural feature
– An expansive courtyard adjacent to the building
– Connection to the downtown’s PATH system

Currently, CF’s Toronto office portfolio includes 9.2 million square feet and is 97.6% leased, according to the press release. Besides their latest development, OPB and CF also co-own RBC Centre and Toronto-Dominion Centre as well as a future development at 160 Front Street West. 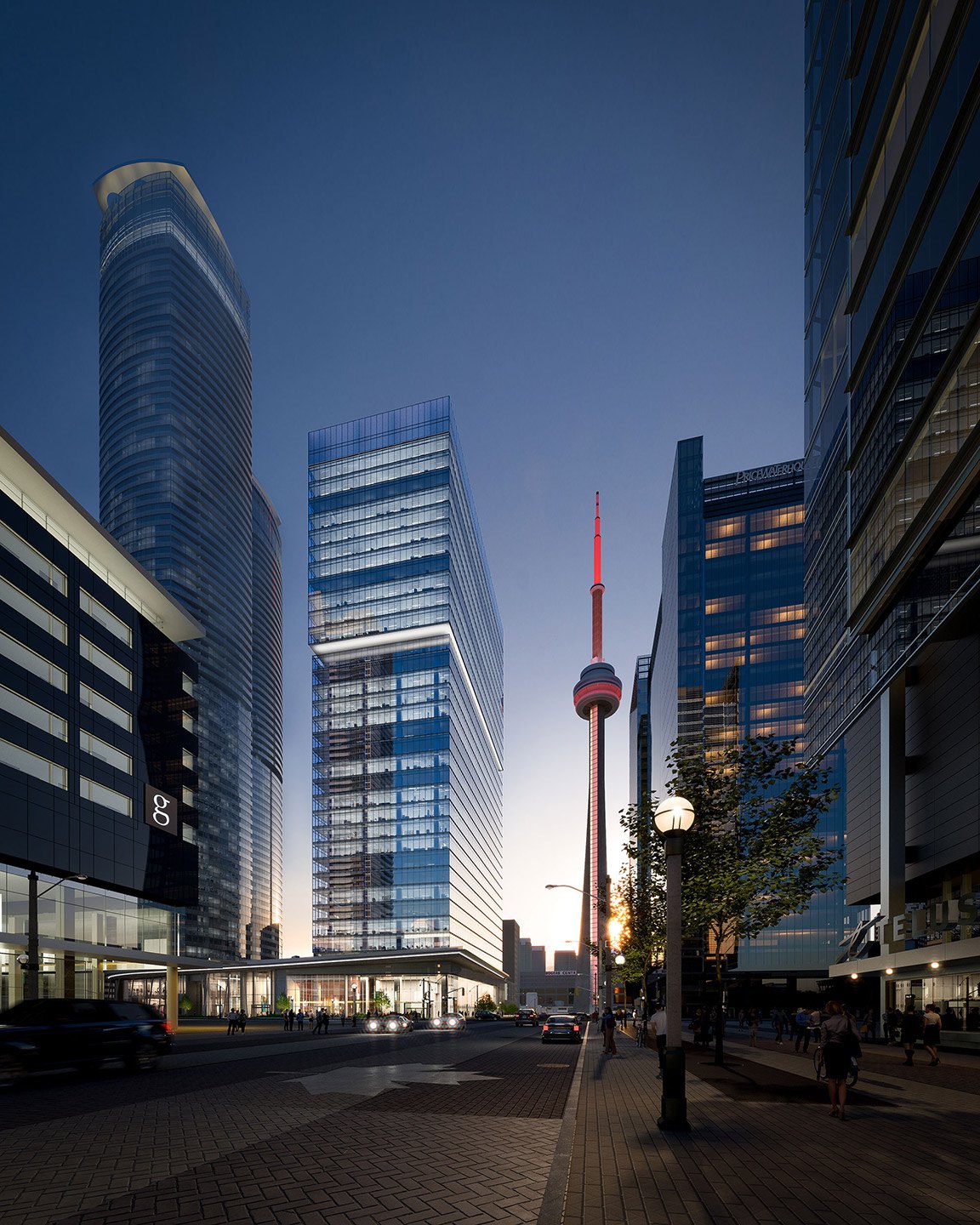 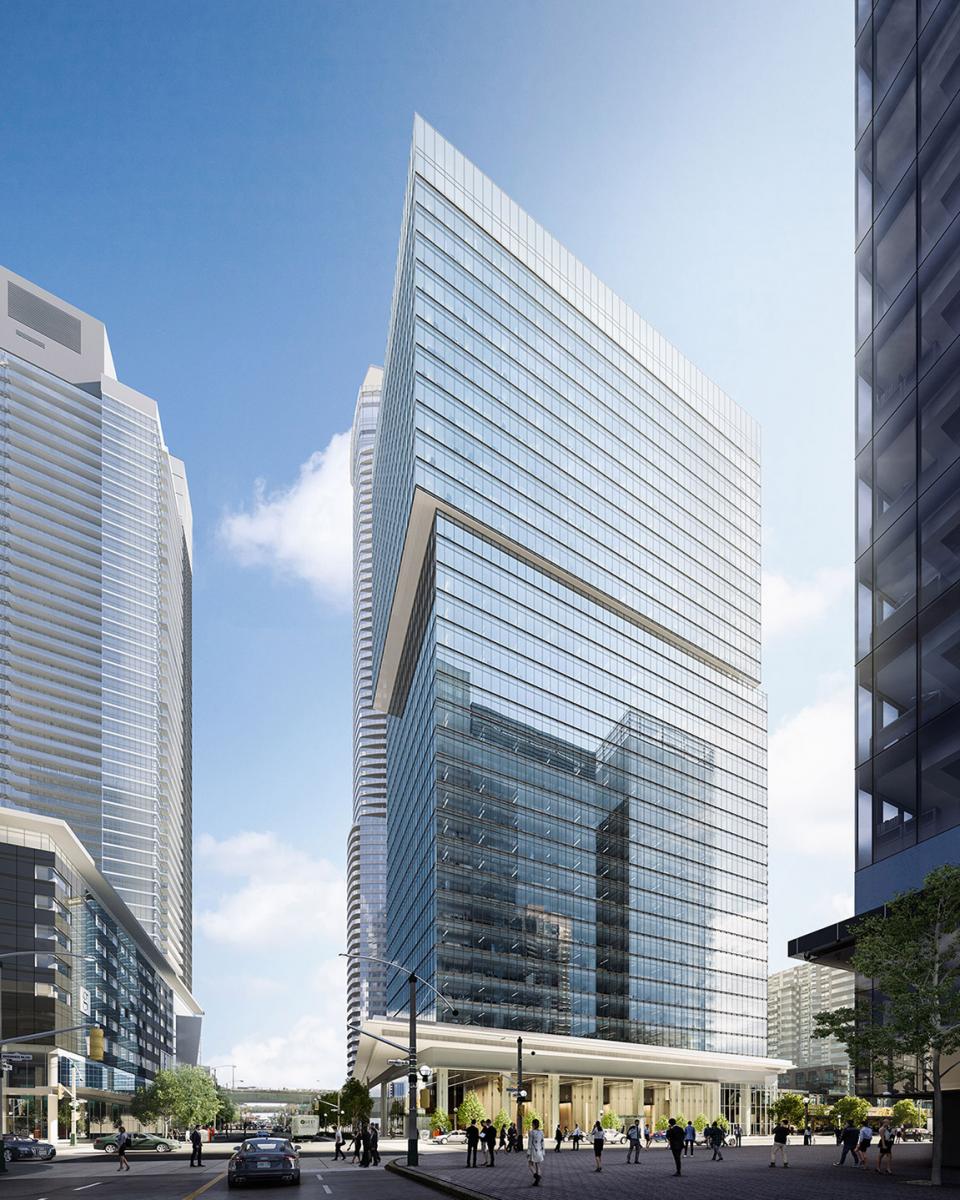