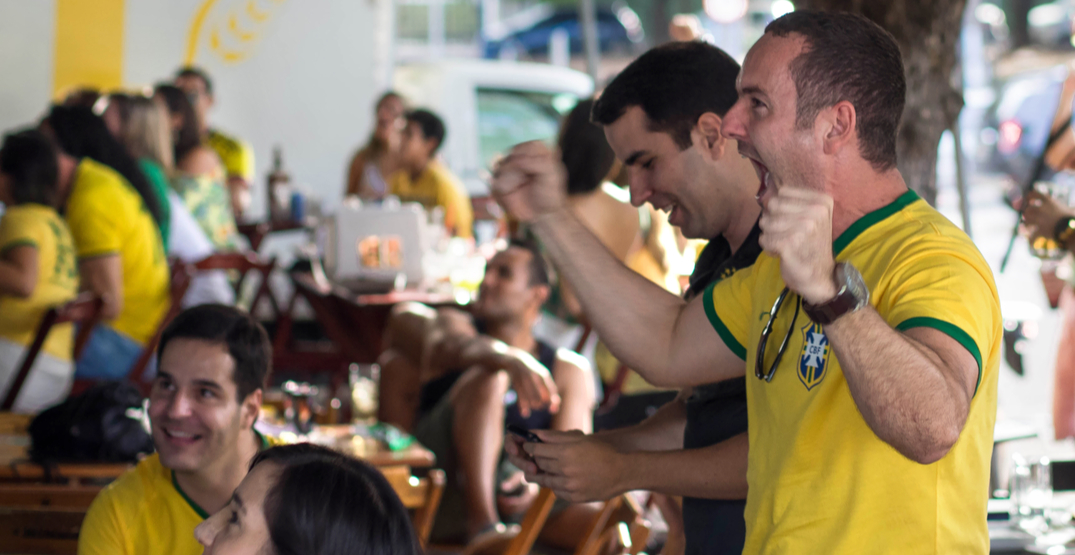 If you’re cheering for Team Brazil during the FIFA World Cup this year, you’re going to want to know where to watch with fellow fans.

Here’s where to watch Brazil matches in Toronto during FIFA World Cup.

Cheer on Team Brazil here! The sports bar on Rogers Road is home to the Roosters, aka A Galo Toronto.

Satisfy cravings for Brazilian Rodizio while cheering on the national team at this all-you-can-eat palace of meat in Toronto.

Sarau Brazil hosts this World Cup party at Revival in Little Italy on Sunday, June 17 from noon to 8 pm. DJ Rodrigo Flores will be performing live with professional drummers during a live transmission of the Brazil vs. Switzerland match.

The Best of pop, dance, house and reggaeton with the Brazilian touch of samba school rhythm

Cheer on Team Brazil while tucking into a big bowl of feijoada at this restaurant in Corso Italia.