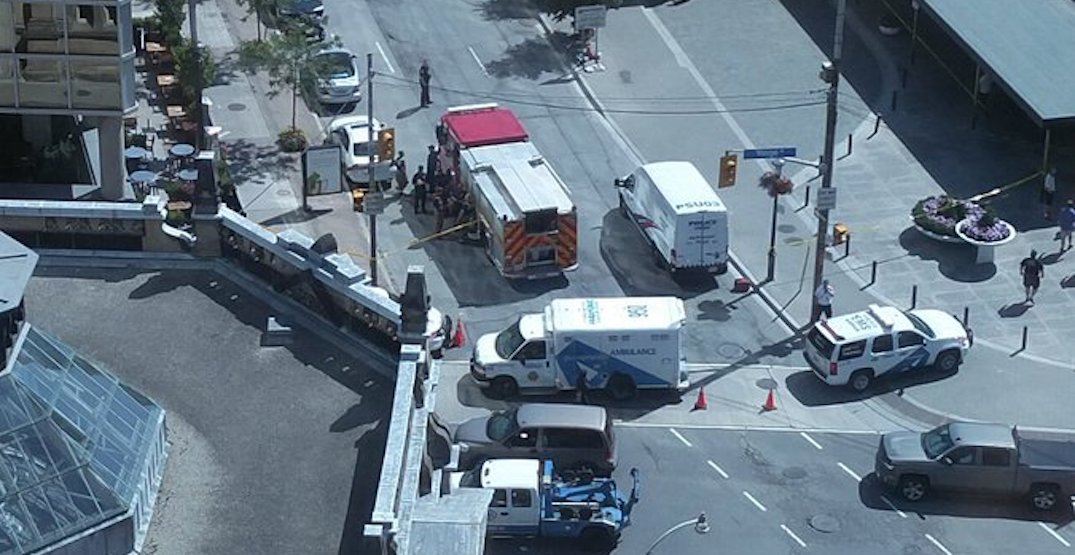 Update: Toronto Police say they have cleared both scenes, and Front Street and Bennington Heights are now open.

According to police, a new looking black suitcase was left unattended and officers are currently investigating.

Front Street is now closed between Scott and Yonge Street and pedestrians are being routed to pass by the Sony Centre.

Minutes after the initial suspicious package report, Toronto Police tweeted that they are responding to another suspicious package call in the Bennington Heights area, although they say this could be related to a car break in near by.

Police responding to a suspicious package call in the Bennington Heights, piece of luggage & backpack found, possibly related to a car break in in the area,. We are investigating #GO1309993 ^gl

This news comes almost a week after the city was left on edge following a potential safety threat that resulted in an increased police presence in the downtown core, predominately around the Rogers Centre, Ripley’s Aquarium, CN Tower, and Scotiabank Arena.
More to come as this story develops.