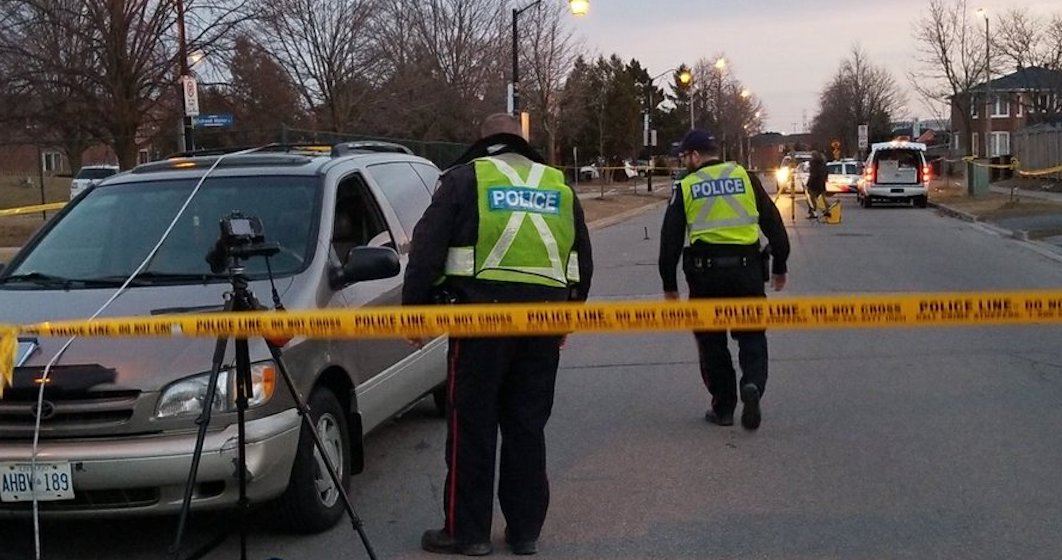 Toronto police are looking for witnesses after a vehicle struck and killed an 11-year-old boy earlier this week in Scarborough.

According to police, on Tuesday, February 27, 2018, at 3:30 pm, they received a call for a personal injury collision at Canongate Trail, near Ockwell Manor Drive, in the city’s east-end.

It is reported that a 75-year-old man was driving a 1998 Toyota Sienna northbound on Canongate Trail, when the boy attempted to cross the road.

He was struck by the vehicle near a local public school.

The boy received life-threatening injuries and was later pronounced dead at the hospital.