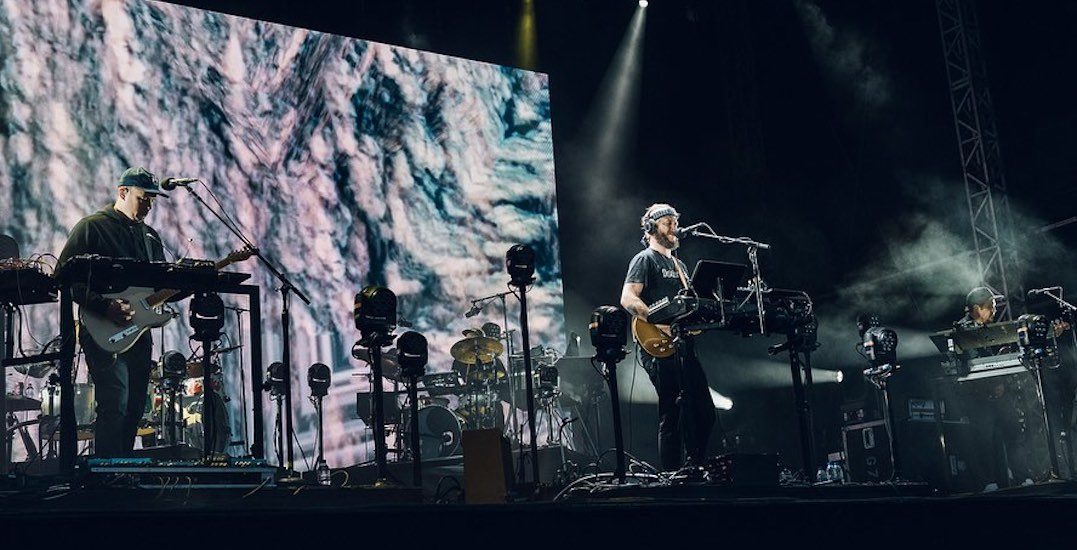 Alongside the release of two new songs, today, Bon Iver has announced a new slate of North American tour dates.

And they’re coming to Toronto.

The band will be taking over the Scotiabank Arena on October 6, before heading onwards to Brooklyn, Boston, and Washington.

“This project began with a single person, but throughout the last 11 years, the identity of Bon Iver has bloomed and can only be defined by the faces in the ever growing family we are,” a release states, attributed to JV22.

The larger scale of touring reflects the growing community around the band in both recording and live performance, and invites the audience to gather together to enjoy old favourites and new hits.

You can listen to the band’s new songs “Hey, Ma” and “U (Man Like),” which feature the likes of Moses Sumney and others, here.