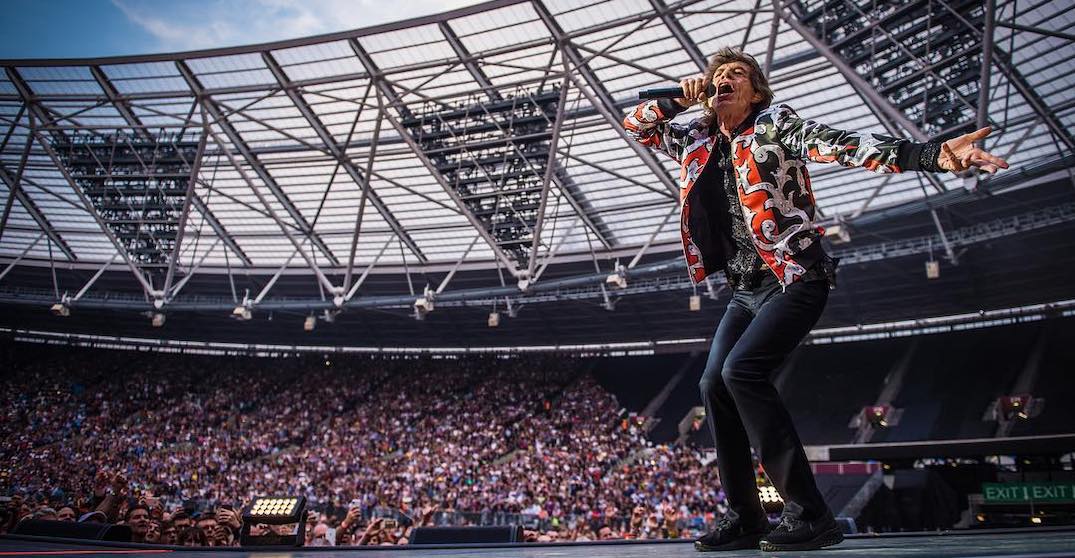 The Rolling Stones have rescheduled their upcoming ‘No Filter’ tour dates across Canada and the United States, including the Oro-Medonte stop, set for Canada Day weekend.

Earlier this spring, the iconic group postponed their dates because, according to organizers, Mick Jagger had been advised by doctors that he needed medical treatment.

Just an hour and a half from Toronto, the Burl’s Creek Event Grounds concert has been rescheduled for June 29; it’s the only planned Canadian stop for the tour.

Close to 70,000 fans of the legendary band are expected to attend the spectacular show at Canada’s largest outdoor venue.

The ‘No Filter’ tour has received rave reviews for Mick Jagger, Keith Richards, Charlie Watts and Ronnie Wood so far, as they played to sold out stadiums throughout the UK and Europe last year.

We are delighted to announce the new US and Canada tour dates today! All of the cities from the previously postponed shows are locked in, starting at Soldier Field in Chicago on June 21st and including a brand new date in New Orleans! https://t.co/019DDP3ZA8 #StonesNoFilter pic.twitter.com/0C3R5rNfOX

At the time of postponement, ticket holders were recommended to hold on to their tickets as they’ll be valid for the rescheduled date, too.

Where: Burl’s Creek, Oro-Medonte
When: June 29
Tickets: Available through Ticketmaster