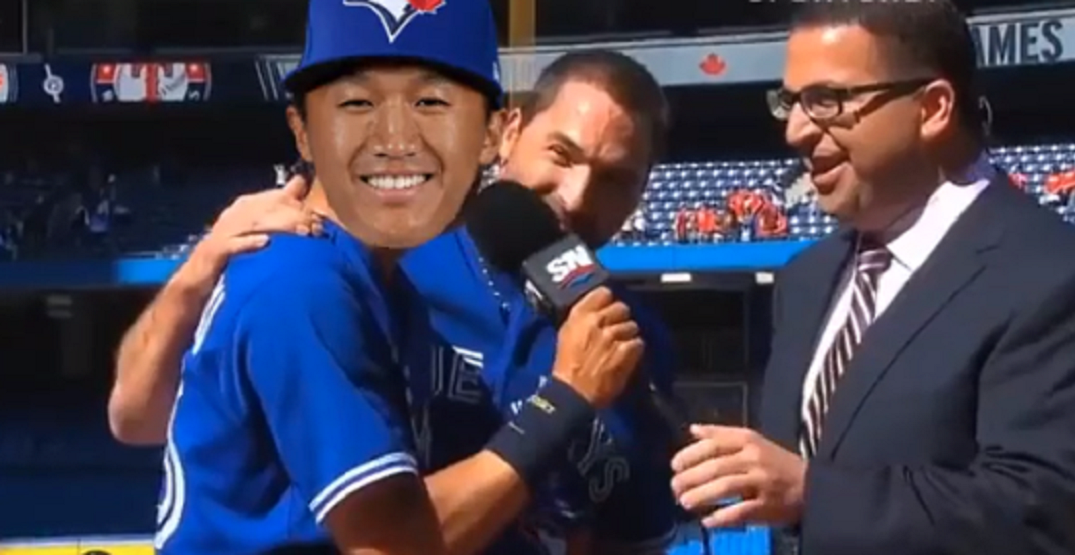 New Toronto Blue Jays signing Gosuke Katoh is looking to add a little good news to the slog of the MLB offseason.

With the league’s lockout still ongoing, there hasn’t been a whole lot for baseball fans to  enjoy the last few months.

But after being announced as a minor-league addition to the Blue Jays roster, Katoh seems to have whipped up a quick introduction video that has some already calling him a fan favourite.

Using footage from an interview of Sportsnet’s Arash Madani with former popular Blue Jays infielder Muenori Kawasaki, Katoh superimposed his own face onto Kawasaki’s for a frankly ridiculous introduction to the Jays fandom.

Have a look at the hilarious video here:

Quick clip from my press conference this morning at the Rogers Centre. (Haters will say it’s photoshopped) https://t.co/VayJWIzKcC pic.twitter.com/SuaErZiJsq

Katoh also added a quick follow up interview to his video, answering a few frequently asked questions about himself.

Q: Do you hit lefty or righty?
A: Lefty

Q: What position do you play?
A: Yes

Q: How many bananas do you eat in a day?
A: 2 because a monkey never cramps

With an invite to training camp, there’s no guarantee that the versatile Katoh will actually make his way onto the Blue Jays’ major league roster.

The 27-year-old utility infielder has yet to make his MLB debut after being taken in the second round by the New York Yankees of the MLB Draft back in 2013.

But if early indications are anything, he’s doing enough following his signing to endear himself to the Blue Jays fanbase.