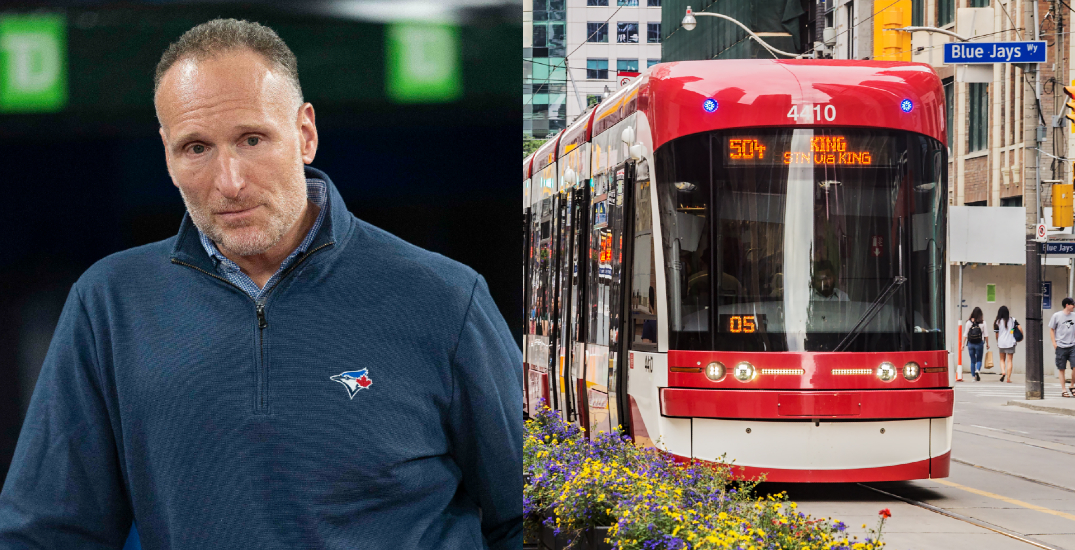 Blue Jays President Mark Shapiro penned a letter to Toronto Mayor John Tory and he’s now getting blasted for it.

In the letter — written on Monday and addressed to the mayor as well as Barbara Gray, Toronto’s General Manager of Transportation Services — Shapiro requested his comments be considered in the City Council meeting agenda slated for June 15.

Blue Jays President Mark Shapiro has written to Mayor Tory and council, urging an end to the ActiveTO program on Lake Shore West. “We support folks getting outside and being active, but Toronto has many options and routes to use, whereas our fans do not” https://t.co/f2KGcPq0y1

ActiveTO is a “suite of programs” for the city of Toronto and is aimed at helping residents find the space to be physically active, thus maintaining their health and wellbeing. It often involves road closures, quiet streets, and cycling network expansions.

Despite being in the sports industry, Shapiro does not really seem to be into all that.

“The Toronto Blue Jays are a major sports franchise that draws millions of fans to Rogers Centre every season,” he began. “Given the unprecedented levels of construction and other diversions in downtown Toronto, removing one of the only ways into and out of the downtown core would be extremely challenging to our fans, who rely on these routes to attend our games.”

The president added that he recognizes the “crucial role” ActiveTO plays in encouraging Torontonians to get out, and stressed the program’s significance during the pandemic when most entertainment options were limited or inaccessible entirely.

That said, he argued that this year’s location for ActiveTO — Lakeshore Boulevard West —
“drastically impacts fans’ ability to access the ballpark on summer weekends, when baseball is a main attraction in the city.”

“As a sports organization, we support folks getting outside and being active,” Shapiro said. “But Toronto has many options and routes to use, whereas our fans do not. Please do not vote to close Lake Shore Boulevard West.”

The irony of this was not lost on anyone.

Journalist Scott Dogastino and several others pointed out how Shapiro did not consider that Blue Jays fans have the option to simply take transit instead of driving and getting stuck in traffic.

“We support folks getting outside and being active,” says @BlueJays prez Mark Shapiro, but our fans are incapable to walking to the subway 🫤 https://t.co/rBAyX7v83D

One sarcastic Twitter user poked fun at the car-owning crowd that complains about traffic jams on game night.

IVE HAD ENOUGH! If I can’t drive my Porsche Taycan from Oakville to attend a loonie hotdog night against the Orioles, I’m no longer supporting this team https://t.co/YWsiLcCasl

“The City should not set transportation and public health policy based on the needs of Rogers Communications,” said Toronto resident and Ontario government worker Luke Simcoe on Twitter. “Commuting baseball fans drive through the city a few times a season; residents ~live~ here.”

But many others did not hold back punches. They were pretty pissed off.

“Get f*cked, Shapiro,” a man of few words from Toronto wrote.

Another asked the Blue Jays to “honestly, eat sh*t.”

So the Jays want to kill the program despite the fact that they are probably on the road for half of the weekends until the end of the summer. Honestly, eat shit @BlueJays. https://t.co/awROFGQWKx

Among the many things Torontonians have recommended Shapiro to do since the letter was posted are the following:

And finally, for fans who side with Shapiro’s letter: