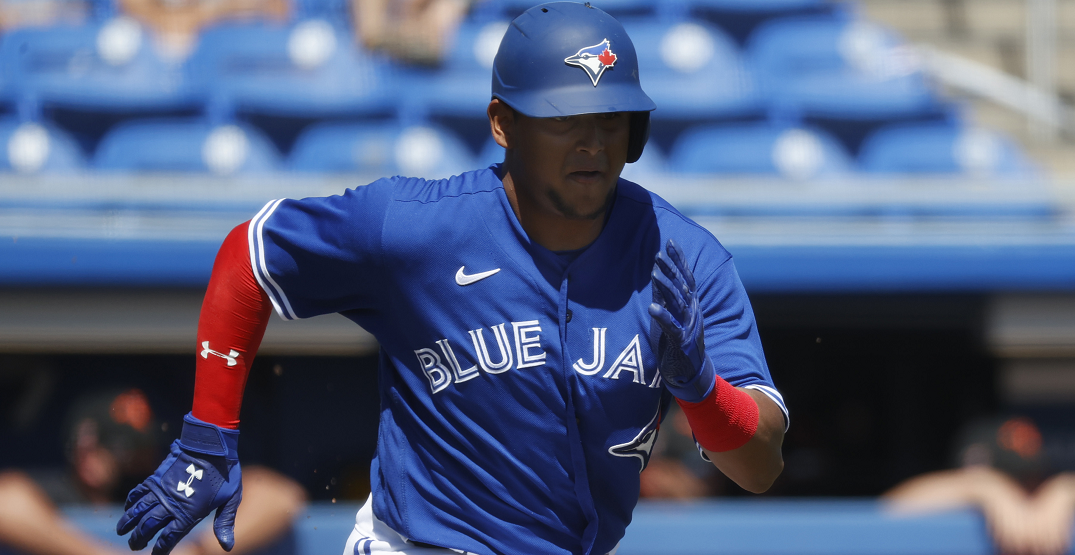 The Gabriel Moreno era is set to (un)officially begin this weekend for the Toronto Blue Jays.

Per MLB.com’s Keegan Matheson, Moreno will be joining Toronto for their weekend series against the Detroit Tigers and “will be activated at some point.”

A 22-year-old catcher, Moreno is the consensus pick as the Blue Jays‘ top prospect via virtually every scouting service. MLB Pipeline, the official ranking of the league, has him as the No. 4 current prospect in all of baseball.

#BlueJays No. 1 prospect Gabriel Moreno is joining the team in Detroit and he will be activated at some point during this weekend’s series, per source.

Playing with the AAA affiliate of the Blue Jays in the Buffalo Bisons of the International League,  Moreno has a .324 batting average, .380 on-base percentage and .404 slugging percentage in 36 games so far this season. He also has one home run and 23 RBIS.

The Jays originally picked up Moreno for $25,000 as an international free agent signing out of Venezuela in August 2016, when he was just 16.

He was added to the Jays’ 40-man roster after the 2020 season, and has gone through the ringer of the team’s minor league system, having played for five separate affiliate teams since 2017.

Toronto currently sits third in the AL East with a record of 33-23. They head to Detroit this weekend for a three-game series, kicking off Friday night at 4:10 PT/ 7:10 ET.