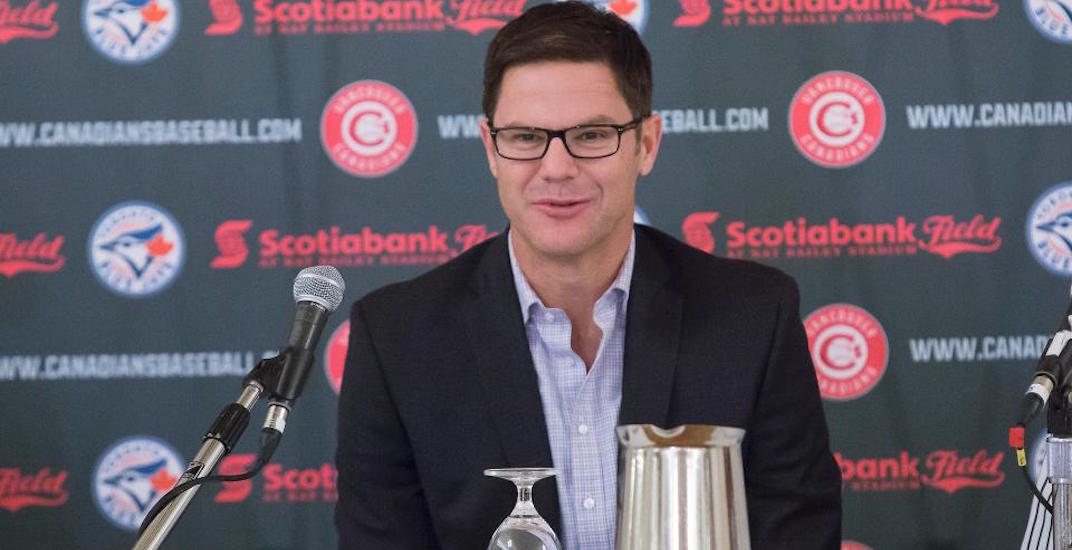 The Vancouver Canadians and Toronto Blue Jays are a match made in heaven, so it should come as no surprise that on Friday the two baseball teams announced that their partnership would continue for four more years.

The Vancouver Canadians and the @BlueJays have extended the Player Development Contract through 2022. #AtTheNat pic.twitter.com/8UhhdD6pvh

Vancouver will remain the short-season Single-A affiliate of the Blue Jays until 2022, in a move that has to do with more than baseball operations. The four-year extension is twice as long as the last one, signed in 2016.

The Blue Jays have done a terrific job in recent years at re-solidifying themselves as ‘Canada’s team,’ particularly in Vancouver.

On Friday, Blue Jays GM Ross Atkins was in Vancouver for the annual Canadians Hot Stove Luncheon. It’s a small gesture, but one of many that the Jays have done in recent years to make their presence felt in a city that’s far closer to Safeco Field in Seattle than Rogers Centre in Toronto.

“This is a remarkable city, and a remarkable country, with great ownership,” said Atkins. “It’s great for our players to be introduced to the environment, the ones that aren’t from Canada, and understand that this is the nation’s team.”

The Blue Jays/Canadians affiliation seems like an obvious one, but it wasn’t always that way.

From 2000 to 2010, the Single-A Canadians developed players for the Oakland Athletics. It wasn’t until 2011 that the Blue Jays came on board, and it coincided with a boom for the C’s on and off the field.

While Northwest League championships in 2011, 2012, 2013, and 2017 are nice, the increasing attendance numbers are what keep the business running.

Owners Jake Kerr and Jeff Mooney bought the team in 2007, turning a struggling property into a massive success.

In 2017, the Canadians set a new attendance record, filling 98.3 per cent of the seats at Nat Bailey Stadium. Sunshine, hot dogs, and cold beer are part of the reason, but we shouldn’t ignore the role the Blue Jays play.

The Canadians can now point to players like Marcus Stroman, Aaron Sanchez, Roberto Osuna, and Kevin Pillar – integral players for the Blue Jays – as graduates of their Single-A system. It links fans on the West Coast with the Jays – and that ultimately helps the bottom line back in Toronto.

Earlier this month, the Blue Jays sent Sanchez, Marco Estrada, Justin Smoak, and Dalton Pompey to Vancouver for an autograph session with fans. It also gave players a chance to visit schools, charities, and baseball clinics.

Vancouver, you are amazing. #WT2018 😍 pic.twitter.com/DvmWIKWpju

Atkins didn’t have much to say about these kinds of gestures though, instead pointing to what he considers most important for fans in Toronto, Vancouver, and elsewhere.

“The best thing we can do is win,” he said in response to a question about expanding the brand.

“(We) realize how real it is,” he said, regarding the fan support in Vancouver. “It’s palpable. We recognize it when we’re in Toronto in our offices.

Atkins called the fan support his team gets in Seattle every year from traveling fans from Western Canada: “as inspiring as any fan experience that you will see.”

In another great way to grow the brand outside of Ontario, the Jays will play an exhibition game in Montreal once again this season. While the new score clock at BC Place would likely wreak havoc, Atkins left the door open for an exhibition game in Vancouver one day – though he did acknowledge that he’s not the decision-maker in that regard.

“I don’t see why they wouldn’t consider it.”

So you’re telling me there’s a chance…