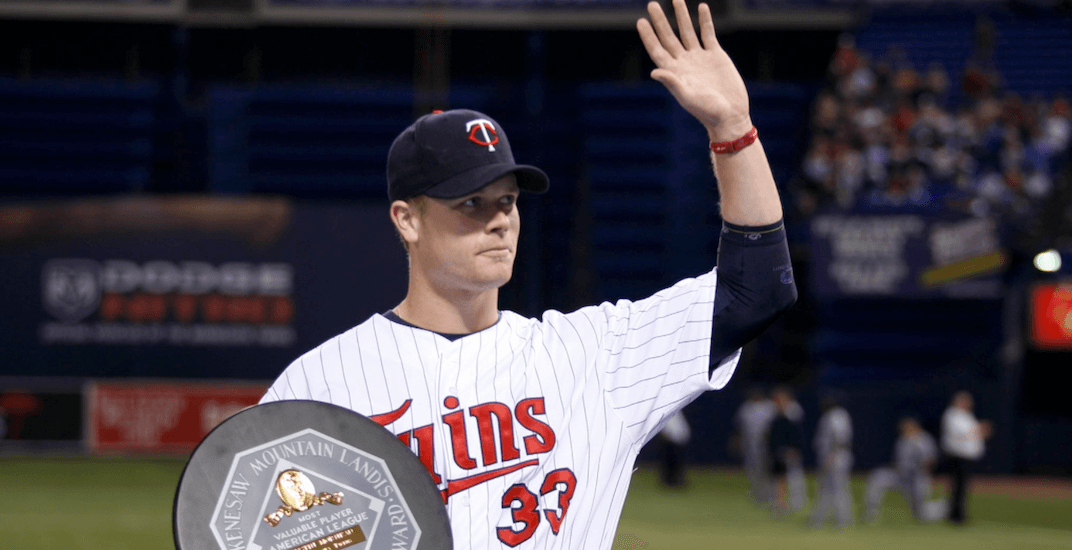 One of the greatest Canadian baseball players of all-time is calling it a career.

Justin Morneau will make it official on Wednesday, when he will announce his retirement at a media conference in Minnesota. The New Westminster, BC native will transition into the Minnesota Twins’ front office as a special assistant.

Morneau played 11 seasons with Minnesota, becoming the only Canadian to ever win the American League MVP Award in 2006. Larry Walker (1997) and Joey Votto (2010) are the only other Canadians to be named Most Valuable Player, both achieving it in the National League.

A two-time Silver Slugger Award winner, Morneau last played competitive baseball at the 2017 World Baseball Classic, representing Canada. He sat out the entire 2017 MLB season after playing with the Chicago White Sox in 2016.

Morneau dealt injuries late in his career, including a concussion suffered in 2009 that lingered for two years.

Still, Morneau was able to find success late in his career, winning the National League batting title in 2014 with the Rockies. He’s the only Canadian not named Larry Walker to win a batting title.