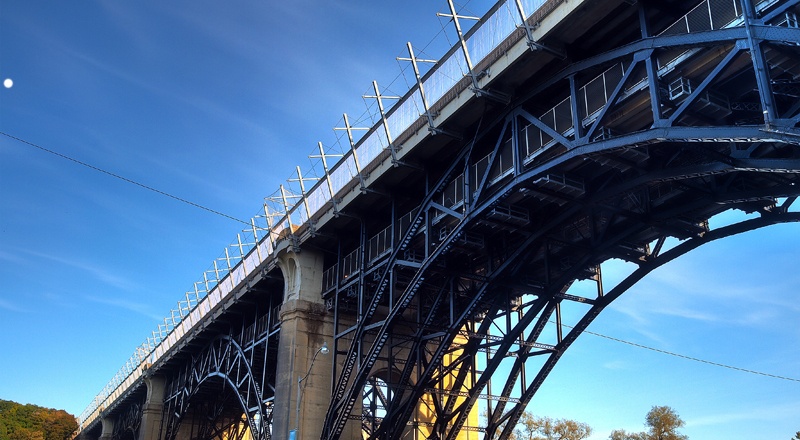 Before 2003, the Bloor Street Viaduct had the tragic title as the second most frequented bridge for suicide deaths in the world, second only to San Francisco’s Golden Gate Bridge.

Researchers say an average of nine people a year jumped to their deaths from the overpass.

That year, the city decided to test a method of means restriction – preventing access to common methods of suicide – by erecting a barrier along both sides of the viaduct.

According to a recent study by Sunnybrook Hospital, which was published in the journal BMJ Open, there has only been one suicide death by jumping from the Bloor Street Viaduct since 2013.

The results of the barrier were first tested in 2007, four years after it was built. There was a bittersweet realization. While there were no recorded suicides at the Bloor Street Viaduct, there was a rise in suicide deaths at other bridges. The study blames that partly on media coverage of suicide jumping in reporting on the new barrier.

“Media reporting on suicide is thought to have a causal relationship with increased rates of death in an area through social contagion. Media reporting specifically on suicide by jumping has been positively associated with suicide rates and therefore may be particularly likely to result in contagion effects,” its authors write. 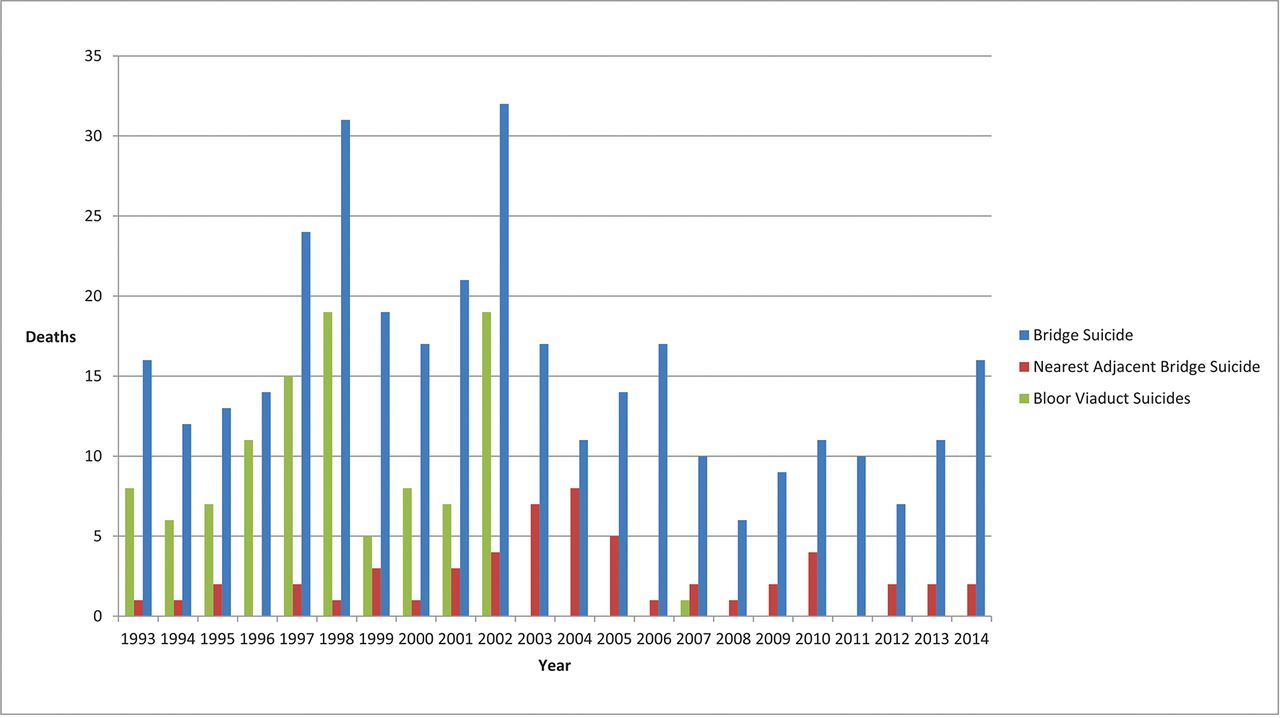 The most recent assessment, however, reveals the barrier achieved its long-term goal.

“Suicide deaths from all bridges in Toronto have declined by a similar number to those prevented at the Bloor Street Viaduct with no increases in deaths at nearby bridges,” concludes the study, which was conducted 13 years after the barrier’s construction.

While the Bloor Street Viaduct barrier can’t stand alone as a reason for less suicides –increased mental health initiatives, societal discussions to break stigmas, and media sensitivity around suicide have all played a role – it offers a promising case study for how jurisdictions can most effectively use barriers as part of a multi-tiered approach to suicide prevention.

Part of the equation includes media education about best practices in reporting to prevent the possibility of copycat deaths. Compassionate communication is also key.

“Short-term outcomes in Toronto might have been different had the Bloor Street Viaduct barrier been accompanied by proactive messaging that dispelled common myths about suicide, emphasized that it is preventable, noted that the barrier is a sign that society cares about people contemplating suicide and provided information about high-quality mental healthcare services available nearby,” writes the study in its conclusion.