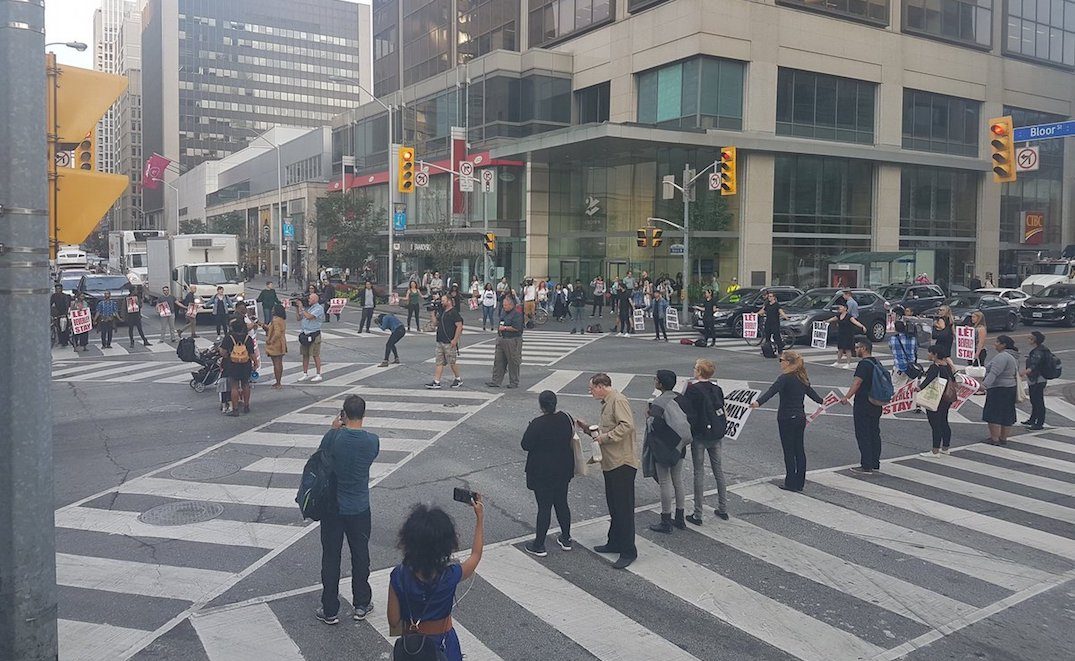 The usually very busy intersection of Yonge and Bloor was at a standstill on Tuesday morning when Black Lives Matter activists shut down the downtown streets.

Black Lives Matter – Toronto (BLMTO) occupied the intersection to demand that Beverly Braham, an immigration detainee, and mother and wife to Canadian citizens, be allowed to stay in the country.

According to a release, Braham is facing deportation on September 21, and has been detained with her 2-month-old for 48 hours by immigration authorities. The Jamaican national is in the process of a sponsorship that is almost complete, and is married to a Canadian and her child was born in Canada. BLMTO activists are protesting her right to be allowed to stay until her sponsorship is complete.

“We need everyone to get behind Beverley Braham- this is a clear cut case of bias against a black woman who challenged the Canadian immigration system,” said Leroi Newbold, co-founder of BLMTO. “Beverley should be spending her fourth trimester building her family here, and enjoying her new child. Instead, she has been in the fight of her life, and that of her baby, and has faced inhumane detention with her tiny infant.”

BLMTO activists say that this deportation would rip a Canadian family apart.

“We are here today to shout NO MORE, and to push forward the message that #blackfamiliesmatter,” said Syrus Marcus Ware, BLMTO.