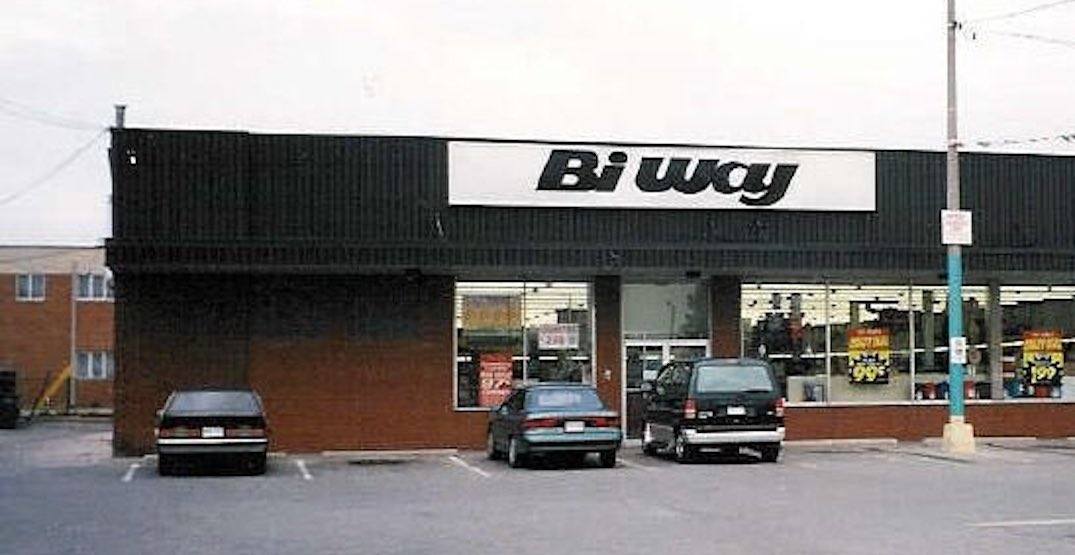 Yes, this photo is grainy AF. It was the 90s (@twitandrewking/Twitter)

It’s been gone for years, but the Biway $10 store is expected to return to Toronto next year.

According to a recent interview with Mal Coven, the retail veteran is planning on bringing back everyone’s favourite childhood store by August 2019.

Retail Insider reports that the future site will be a 7,500-sq-ft store in North York.

Coven revealed that the new Biway will adopt the original store’s technique of presenting, along with “wider aisles so the customer can move more freely between departments.”

As a retail mogul, Coven was behind the discount Biway stores which opened 250 locations across Canada over 28 years. The retail operations shut down in 2001. And he wrote of the experience in his book, How I Succeeded in Retirement and the Biway Story.

The new stores will go under the same name and will have a new concept and four additional stores will be open by the last quarter of 2020, according to the interview. Everything will be $10, with items can be bought five for $10, four for $10, three for $10, two for $10 or one for $10.

But the childhood memories of being inside one of these stores will be priceless.