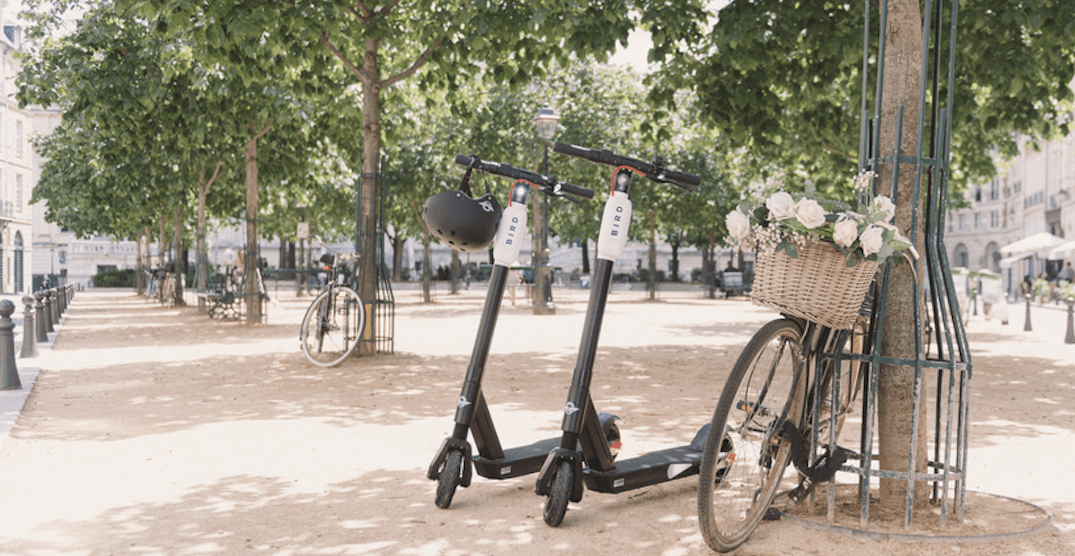 Toronto will soon be able to try out e-scooters, but only in one area and for a limited time.

Bird Canada confirmed to Daily Hive that they’re brining their electric scooters to the city as part of a pilot project.

“Bird Canada is working to firm up the exact date to kick off a two-week pilot project for its Bird shared e-scooters in the Distillery District in early September,” said Stewart Lyons, CEO of Bird Canada.

According to the company, the reason they’re able to do the pilot in the Distillery District is because it is private property.

Bird electric scooters recently launched in Calgary as part of their 16-month pilot program that is running until October 31, 2020.

They’re not the first e-scooters in Calgary. They join Lime, a San Francisco-based company, who also launched their share of electric scooters this past July.

Introducing Bird Two. The model T, reborn. Landing soon in a city near you. https://t.co/84Pv4pZ9F0 pic.twitter.com/0jP5InpcUj

Last year, a pilot from Lime kicked off in Waterloo, Ontario, making it the first city to test the scooters in Canada.

But it may be a while before e-scooters are allowed on Toronto’s streets.

“Under the Province of Ontario’s Highway Traffic Act, vehicles like e-scooters are considered not legal for use on city/public roads, including within bike lanes,” said the City of Toronto’s Transport department in a statement to Daily Hive last fall.

In Calgary, 500 Bird e-scooters are on the streets right now, but Bird Canada is looking to add another 500 soon.